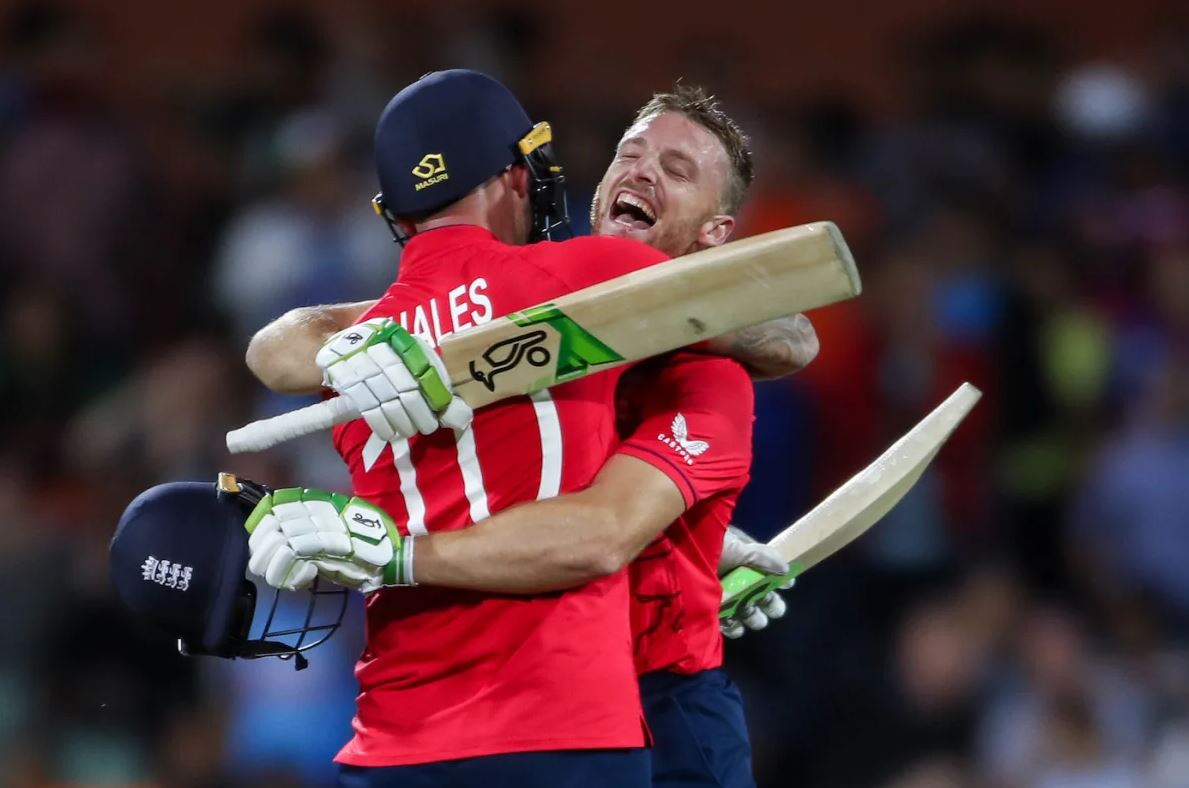 In a near perfect performance England ended India’s T20 World Cup campaign to set up a date with Pakistan in the showdown at the MCG in Melbourne. India were left to pick up the pieces after yet another failed world cup campaign. Cricket analyst Rahul Patil reviews all the action of the second semi final from Adelaide, Australia.

India vs England - England won the toss and elected to field first.

Albert Einstein defined insanity as doing the same thing over and over and expecting different results. After India’s group stage exit at the last T20 world cup in 2021 we kept hearing that India would be playing a new brand of fearless cricket in order to keep up with the changing landscape of T20 cricket. But a year later in another world cup semi final, we saw the same old timid approach by India. An approach that has now seen them lose seven knockout games at world events in the last nine years. Einstein had an IQ of 160. He definitely knew what he was talking about.

India lost the toss and were asked to bat first but captain Rohit Sharma at the toss said that he would have batted first anyways so India got what they wanted. Never mind the fact that in the last two games played under lights in Adelaide, batting did get a lot easier while chasing. Batting second, Bangladesh and Afghanistan came within a whisker of beating stronger teams like India and Australia. India’s coach Rahul Dravid though said that they wanted runs on the board in a pressure game.

After the early wicket of KL Rahul, Sharma and Virat Kohli put on 47 in 43 deliveries. Over seven overs of ‘a run a ball’ in T20 is unacceptable. That phase sucked the life out of the Indian innings. By the time Surya Kumar Yadav and Hardik Pandya arrived half the innings was over. The fact that India reached 168 after being 62 for 2 after 10 overs was only due to a freak innings by Pandya. He too at one stage was struggling having scored only 13 from 15 balls but a six of Sam Curran in the 16th over got him going and from then on he was unstoppable. He finished with 63 from 33 at a strike rate of 190.9 which was the highest by any batter across both teams – a stat which India will have to think long and hard about. If only they had gone harder in the first 10 overs, a score of 200+ was there for the taking. Credit must be given to the English bowlers as well. Especially their spinners who bowled seven overs for only 41 runs. A top class performance against the so called good players of spin.

There is a term called ‘Sampurna Varchasva’ in Hindi which means ‘Total Domination’. It is probably the best way to describe the English batting performance. Right from the first legal delivery of the match which Jos Buttler hit for a four till the last ball of the 16th over that he hit for six to finish the game, it was all England. T20 batting at its finest, clean chanceless batting. Buttler finished on 80 of 49 whereas his opening partner Alex Hales went one better finishing on 86 of 47. Together they hit 13 boundaries and 10 sixes to blunt the Indian attack who looked clueless against such an all out attack. After all that Hales has been through since that unfortunate night in Bristol in 2017 it is good to see him back where he belongs – playing international cricket and scoring runs for England at the top of the order.

A 10 wicket win with four overs to spare is a walloping. It will take India a long time to get over this one. India’s wait for a world title continues but some hard questions need to be discussed if they want to break their trophy drought. Until then the company that supplies the BCCI with trophy cabinets will not be expecting any new orders. They have been waiting for one since 2013.

In a repeat of the 1992 ODI world cup final England will take on Pakistan at the MCG. Both teams have peaked at the business end of the tournament and touchwood we will get a fitting finale to a tournament that has seen so many twists and turns. Weather permitting Sunday or Monday will reveal a new world champion.