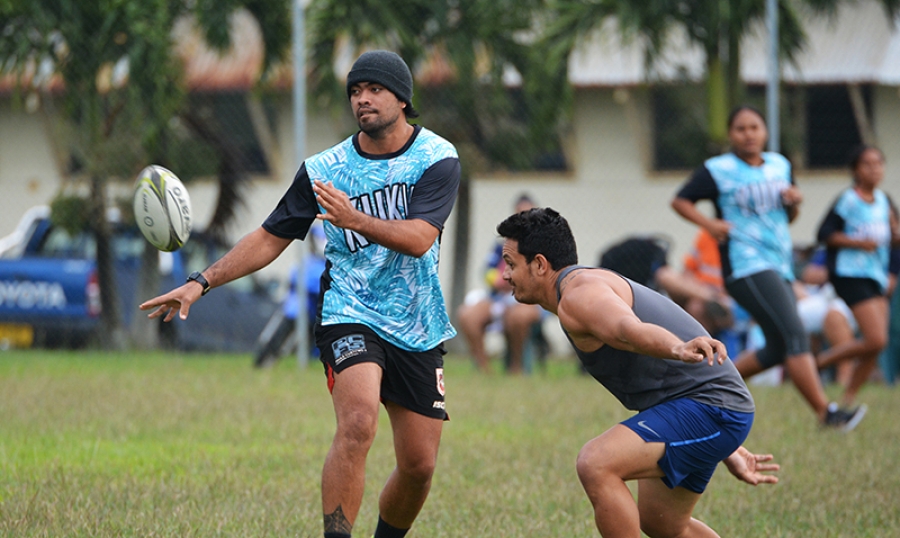 Puna Hiro in action during the mixed Touch competition on Wednesday at Nikao field. 20052402

It will be do-or-die for the top four teams in the Vodafone Cook Islands Men’s and Women’s Touch competition today.

The weekly competition heads into semi-finals this afternoon at Nikao fields.

Nukz Power claimed the top spot in the women’s competition. The side amassed 15 points after the preliminary competition.

Cook Islands Touch president Daphne Brown said: “The format for the play-off at the completion of the round games is 1st plays 4th and 2nd plays 3rd.”

“The winners in each game go on to play grand final next week with the losers playing of for 3rd and 4th.”

In the mixed competition played on Wednesday last week, a new look Team Vodafone put on an impressive performance against the young Team ATT.

Although Team ATT started the first half slowly and short in numbers they managed to rally in the second half to make the game a close one. However the more disciplined Vodafone managed to pull ahead to win the match 8-5.

The loudest match of the night was the much anticipated game between two government departments; competition veterans ICI Transformers and newcomers Tuanga Taporoporo.

The Transformers led by their impact player Internal Affairs minister Mac Mokoroa came away with 5-1 win.

The feature match of the round was between two fast and experienced champion Touch teams, 007 and KAPS, both boasting national rep players.

The return of star Conrad Piri saw KAPS play a smarter game dominating on the five metres scoop and throwing long balls for KAPS to score.

Playing well for 007 was young Atera Tomokino doing the hard yards however they couldn’t keep KAPS from winning 6-4.

In the other match, Mangaia defeated a spirited BSP side 6-1.