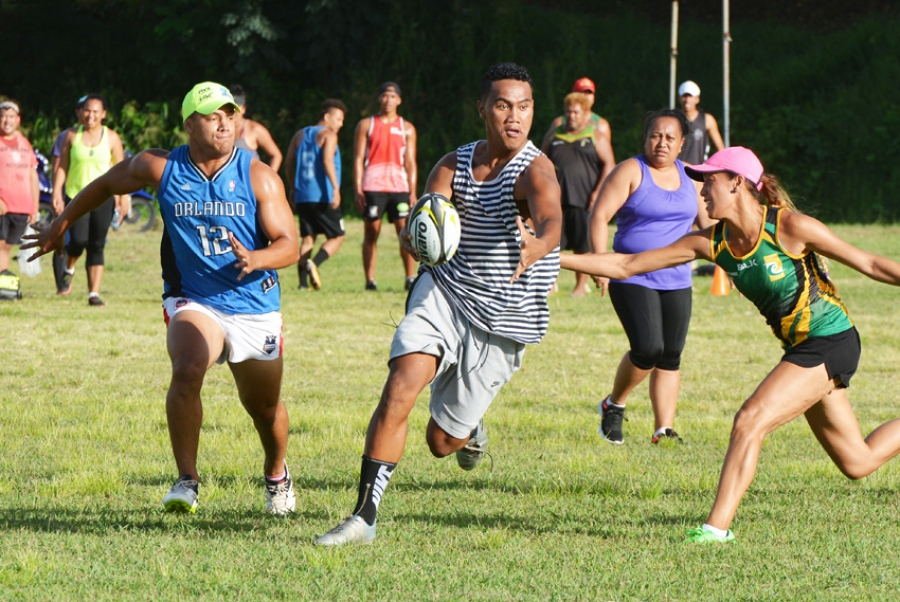 The Bluesky Touch Competition heads into round three today at Nikao Field. 17020506

Four matches will be held in round three of the Bluesky Touch Competition open men’s and women’s grade today at Nikao Field.

Starting at 5pm, Availables will take on an undefeated GAT in the men’s clash, followed by the women’s battle between FBI and Nikz.

Team 4 will take on Germinators in the second men’s match while Bounty Hunters will play Nukz Power in the women’s grade.

There were some exciting matches in the mixed grade round two competition on Wednesday last week.

Team 007 used the youthful enthusiasm of their young players to dominate the Mangaia team, racking up a big score, 10-3.

The ICI Transformers bounced back to put on a good game against TB to win comfortably by 6-3.

Cook Islands Touch president Daphne Brown said the match between Team ATT and the MFEM Bean Counters was a highlight of the day.

“Both teams put on a display of speed and steps. The young Team ATT boys had control till a late intercept right on their five metre line from Tehinnah Tatuava of the MFEM Bean Counters who sprinted away for a valuable double touchdown to push the Bean Counters in front winning 8-5,” Brown said.

A gutsy move by the NT Aroa and Top Kopz coaches and managers to play their much young members resulted in a close battle.

Brown said both teams were evenly matched, with the youngsters guided around the field by their coaches and captains.

However, Top Kopz managed to get the ball to their speedy girls to score the double value touchdown, running out the victors over NT Aroa 5-3.

“The open mixed game of the night was a close one between Southcoast Scorpions and Nukz Power,” Brown said.

“A composed Southcoast were able to just get pass the Nukz defence to hold onto their unblemished season campaign wining 3-2.”