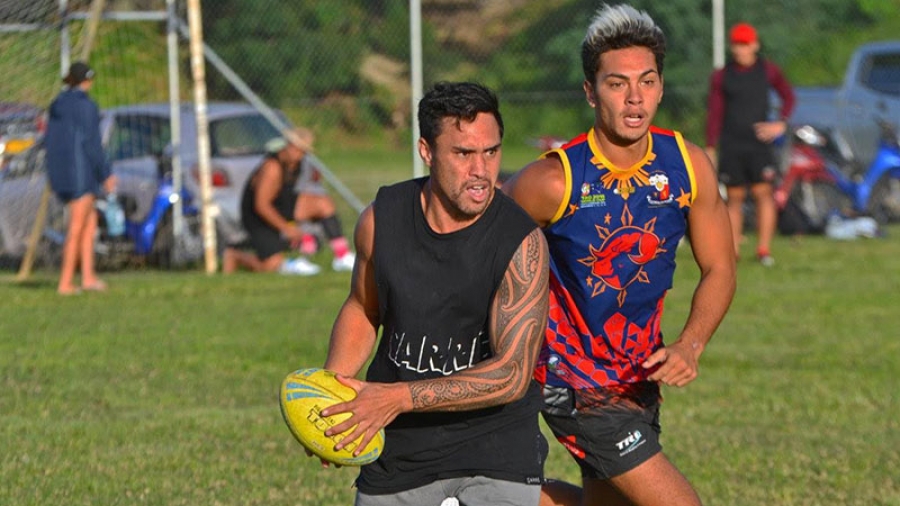 Jeremy Campbell makes a break in a Touch competition. Vodafone / 20072401

The competition will feature two divisions – open men’s and open women’s. The association will run the competition in a Pa Enua format to give the respective island teams the opportunity to start their preparation for the Cook Islands Games to be held in October.

Touch president Daphne Brown said: “We are encouraging all the Cook Islands Games representatives and organisers to put in your teams to represent your island and show your island pride.”

The association is also inviting the Pacific brothers and sisters and other nationals who have made the Cook Islands their home to come and take part in this tournament.

To register contact Julz Westrupp 55055 or Rima Browne 57605. Registrations close Monday, July 27. Spots are limited so get in quick.

Brown said: “Follow our Facebook event – Te Maeva Nui Touch Comp – where CITA will be posting all information and updates, including the venue and prizes that will be up for grabs.

“We are calling our touch players, touch fans and supporters to represent your islands. There will be food and drinks on sale, as well as music. We hope to make this an enjoyable day for friends and family to come down and be a part of.”