Te Ipukarea Society: Internet and phone company is cutting through the rubbish 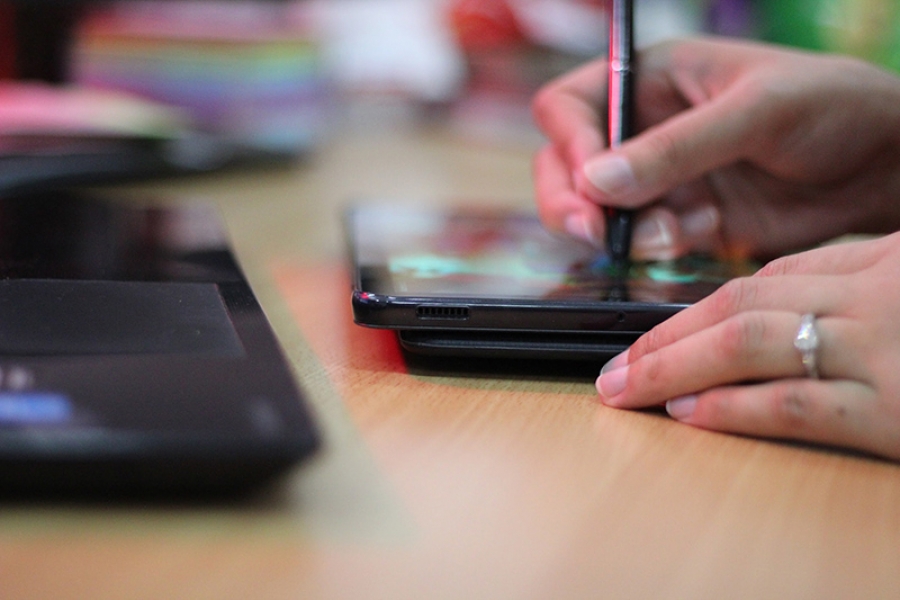 The company has switched from manual to electronic signatures for delivery services. 20032052

The private sector has an important leadership role to play when it comes to tackling climate change and other environmental issues. As a major employer and key player in the business community, we asked Vodafone Cook Islands what their strategy was for addressing environmental sustainability, and this was their response.

Vodafone Cook Islands is serious about its reduction in fossil fuel emissions. Electricity usage in particular is a high source of emissions, especially for a telecommunications provider. Prior to its rebranding as Vodafone Cook Islands, the company had already made substantial efforts in reducing its carbon emissions. In 2011 the Solar Panel Grid Project was commissioned, to address energy use. A total of 107 solar panels powering up to 185 watts each, were installed on the rooftops of the company’s main headquarters.

This solar panel grid system continues to power all operations of the business in Parekura and this has dramatically reduced energy costs. In the Outer Islands, solar energy is also responsible for the day-to-day operations of its offices and stations.

Over recent years, some of the older fuel powered work vans have been replaced by electric vehicles. The company now has four electric vehicles in its transportation fleet, with more on order.

Proper waste management is another effort the company encourages in the workplace. For several years now, labelled rubbish bins have been placed in almost every department for staff to dispose of their waste correctly, including food scraps.

The company plans to use technology to embark on several sustainable ventures. As a start it wants to help achieve a paperless society.

Changing to email for bills has alone meant that up to 2500 paper bills don’t need to be printed per month. Stationery items such as diaries, calendars and notepads are no longer purchased for staff, and customer forms and contracts are in the process of being digitized.

There are several methods being considered, one of which is doing more on-site recycling of E-Waste by first stripping down and collecting valuable metal or parts that can be reused. The advice of the experts at CIGT is currently being sought, so watch this space!

Vodafone has a strong commitment to the wellbeing of its employees. The most recent community initiative was a rubbish cleanup for all staff, starting from the Topshape Gym going down to the Punanga Nui market.

There was a phenomenal amount of rubbish collected which was eye-opening for all involved. The company plans to make community initiatives like this a regular event for its staff and management.

The path to ongoing sustainability is one that sits strongly with the direction of the company and its membership. The strategy and intention now, is to carry those same efforts forward under its new brand as Vodafone Cook Islands.

When big businesses like Vodafone Cook Islands take proactive measures to reduce their own footprint, it effectively sends a very strong message. It says that the big players in town are not only taking this environment business seriously, but that their customers are demanding it too.