Fibre switch-over: Surf’s up in Aitutaki 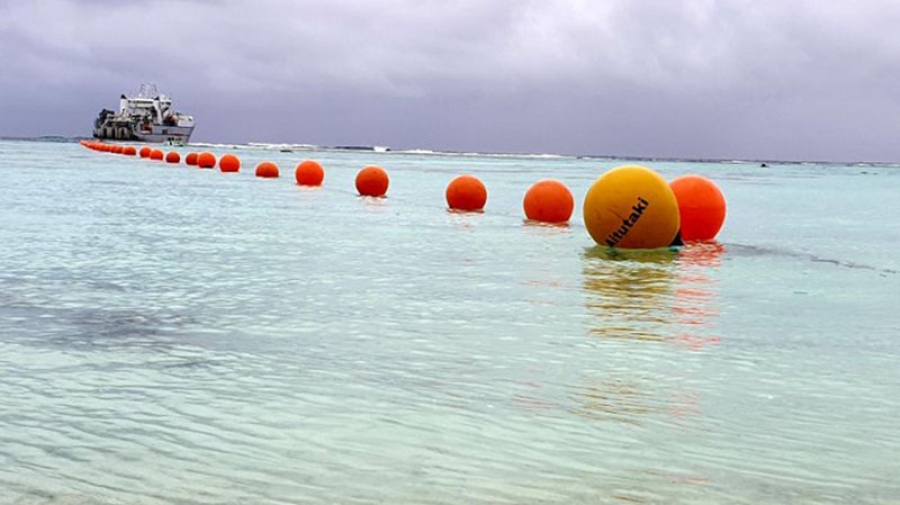 With yesterday’s internet switch-over, Aitutaki becomes one of the smallest fibre-connected islands in the world.

Intermittent internet on Aitutaki had left some of the island’s residents frustrated this week. The Vodafone service was “very poor” and the Wi-Fi hotspot had been playing up, said resident Regina Potini.

Than yesterday Potini, a photographer, noticed a difference when uploading some wedding pictures: “The internet service is really good now and the pictures uploaded pretty fast, normally it takes a while,” he said. “It is perfect.”

Engineers from Vodafone and Avaroa Cable worked through the night. And, without any prior announcement, they had quietly switched Aitutaki over from satellite internet to the long-awaited new high-speed undersea fibre cable.

That makes Aitutaki, with 1700 residents, one of the smallest fibre-connected islands in the world.

Later yesterday, Avaroa Cable Ltd and Vodafone Cook Islands announced the signing of a multi-year, multi-million-dollar partnership for use of the Manatua Cable.

Though taxpayers own a lion’s share of both companies, they insist the details of their agreement are “confidential”. Vodafone does confirm the Manatua cable connection will be at the heart of its ambitious plans for the country’s internet.

The development makes Aitutaki the first community to use the 3600km Manatua One Polynesia cable, which runs from Samoa to French Polynesia, via Niue and the Cooks.

Regina Potini hopes the switch will eventually make internet affordable. “We are looking forward to more promotions and data deals in the near future.”

Vodafone boss Phillip Henderson confirmed they would switch on Rarotonga in a matter of weeks, and would then announce new internet charges. He would not say if it would be cheaper.

“These are commercially challenging times for all of us particularly when entering into multi-year multi-million dollar agreements, however the Manatua cable positions us well as we continue our push in taking the Cook Islands into a new digital society.”

Dr Ranulf Scarbrough, chief executive officer of Avaroa Cable, hailed Vodafone’s courage. “The deal is a major commitment from Vodafone at an incredibly challenging time globally. It shows a bold pledge to the transformation of telecommunications in the Cook Islands.”

Michael Henry, chair of Cook Islands Investment Corporation and an Aitutaki resident, welcomed the switch-over. “It’s a proud and exciting moment for all of Aitutaki.”

“This important piece of technology infrastructure will provide our people with better opportunities to climb the technology ladder and fast track the growth of our knowledge economy.”

The Cook Islands involvement in the Manatua Cable Project has been supported by a grant from the New Zealand Aid Programme and a development loan from the Asian Development Bank.