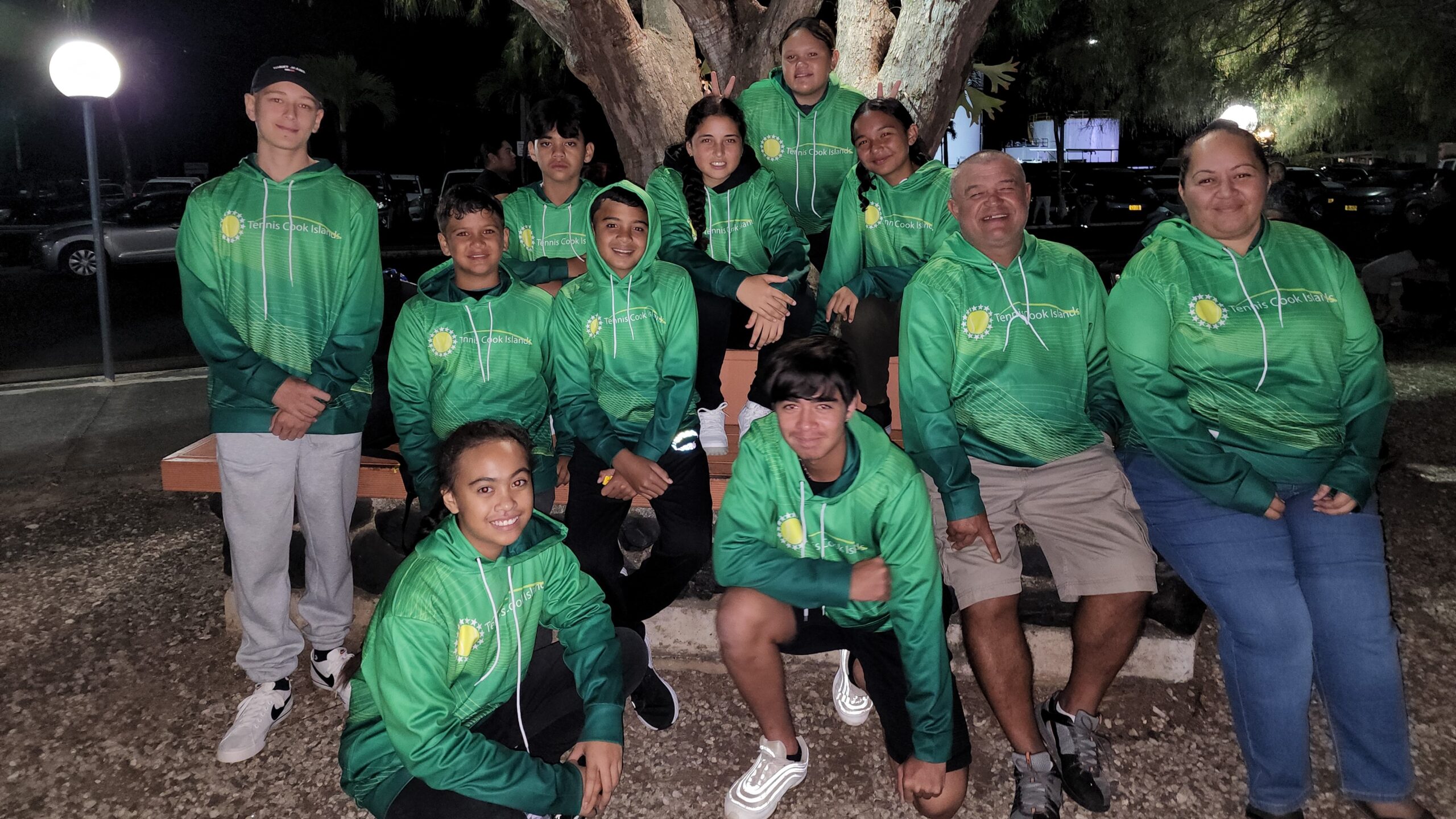 Four Cook Islands tennis players have qualified for the Pacific Oceania Junior Championship to be held in Lautoka, Fiji in September this year.

They are Maka Maui and Luke Pierre in the 16 and under boys, Timeri Wearing in 16U girls and Raetea Rongo in 14U girls.

The four players were part of the national junior team that competed in the East Pacific Regional Qualifiers 2022 this week.

“It was so good to catch up with old friends from Samoa like Steffi and Yvonne Carruthers, new Tahitian coach Vaitea, and tournament director Pat O’Rourke and his wife.

“Proud to say we have four Tennis Cook Islands Juniors that have qualified for the Pacific Oceania Junior Championship to be held in Lautoka, Fiji in September”

Karika-Une also praised and congratulated other players who represented the country at the Auckland event.

“To my Tekura, hard luck bub, just missed out of a place, but we are so proud of you and your efforts! Keep working hard and you’ll get there,” she said.

“To my newbies in the 12Us, you played so well for your first tournament and got your first taste of regional competition so the fire has been lit.”

The newcomers were Mareko Webb, Armani Roi and Harold Browne in 12U boys and Maiata Matheson in 12U girls.

“Through the tears, anger, and smiles, at the end of it all tennis was the winner!  The team made new friends, played good tennis, and experienced the competitive side of it,” Karika-Une said.

“To our sponsors, supporters, families, friends, and tennis community, a huge meitaki ma’ata from the bottom of my heart! We have been so blessed throughout this trip, and I am forever grateful to everyone.”

The team was led by national head coach Malcolm Kajer.