Arch-rivals meet in round three 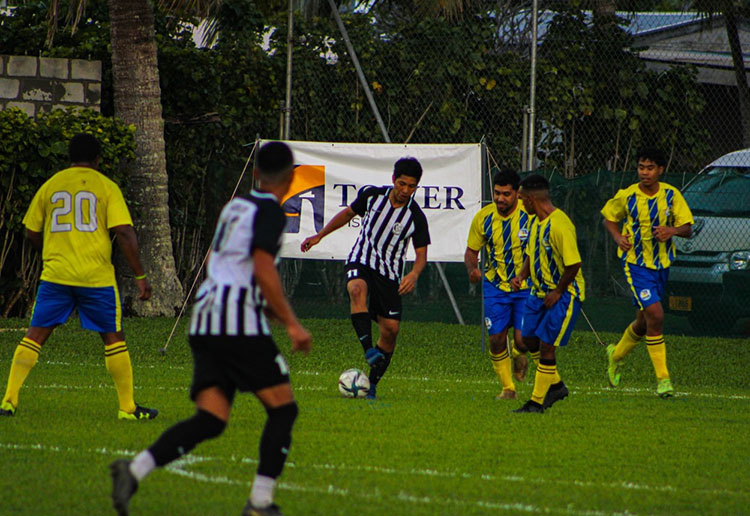 Football rivals Puaikura and Tupapa premier men sides will meet today in round three of the Rarotonga Football Club competition at Raemaru Park in Arorangi.

This will be the first time the two clubs will face off this season.

After a good start to their 2021 season, the Tupapa premier men side has a slender lead in the competition from two matches so far.

Puaikura made a losing start, going down to Nikao Sokattak 0-2 in their first match of the season last Saturday. They will be going all out today to get their first win.

However Puaikura will have to be wary of a strong and lethal Tupapa forward. Led by defender Jarvis Aperau, Puaikura will need to stay resilient and alert when taking on Tupapa’s striker Maru Tearaitoa and attacking midfielders Grover Harmon and Paavo Mustonen, denying them any chances of scoring.

Puaikura’s Dwayne Tiputoa, Atu Putere and Nathan Tisam will spearhead the team’s campaign in the attack. The Puaikura versus Tupapa will be a match not to be missed.

In the Islander senior women’s division, Puaikura and Tupapa both began their campaigns on a high, coming away with wins. Puaikura defeated Nikao in their opening match last week and Tupapa have managed to win both their matches.

A win today could either put Puaikura in a good position of defending their title, or for Tupapa to contest for the title. The two teams will go head to head at 2:40pm today.

The other games today will be played at the CIFA Complex, where Matavera will host Avatiu.