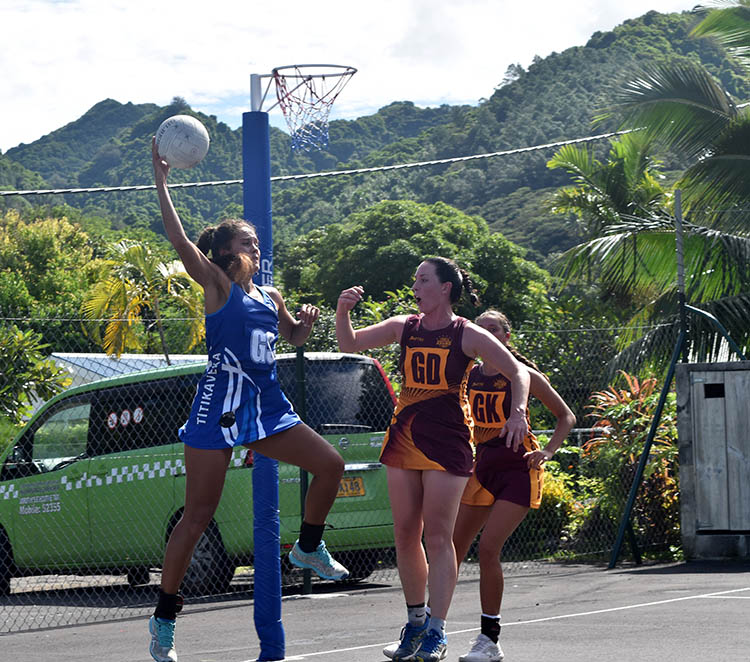 In round two competition held on Saturday, the two teams emerged victors in their away matches.

Titikaveka defeated Ngatangiia-Matavera 56-32 while Avatiu overcame Tupapa 41-30. In the other premier match, Arorangi bounced back from round one loss, beating Takuvaine 44-41 in a close affair.

Moeka’a said the Takuvaine versus Arorangi premier clash was the game of the week.

“It was a tit for tat battle till the last whistle. Arorangi fielded young and vibrant outfit versus an experience outfit,” she said.

“Mistakes in the last two minutes cost Takuvaine who were in the lead.”

Accurate shooting duo Ana Marie Heather-Henry and Romehael Rauraa from Arorangi made “every ball count” in the close win.

Moeka’a said the Avatiu versus Tupapa 15 and under clash was another game to watch.

Avatiu remained cool and collective to win the match 26-25.

“It was another great day of netball. A special mention and thank you to the executive teams of each club, coaches, umpires and bench officials without their drive, support and assistance we would not be able to play a game of netball.”