Friday 28 May 2021 | Written by Rashneel Kumar | Published in Netball, Sports 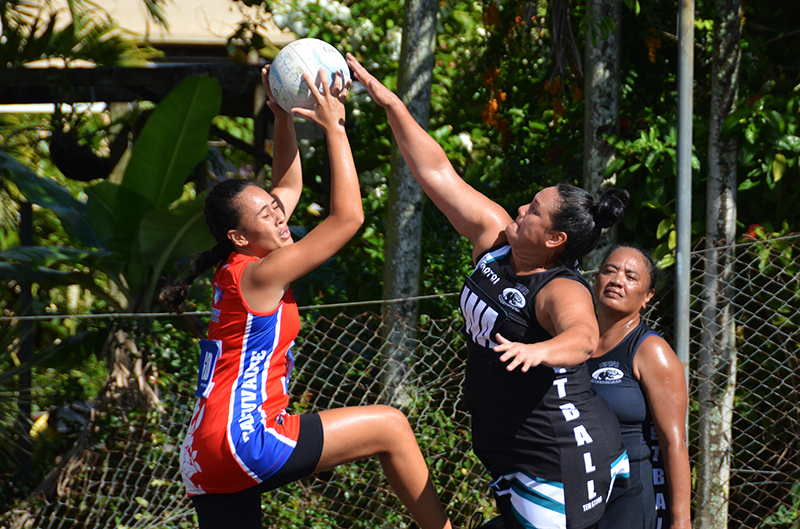 Avatiu’s dream of a clean sweep in the Rarotonga Netball Club Competition was shattered after their Open 2 team lost in the semi-final this week.

The side defeated the previously unbeaten Avatiu 20-19 in a tit-for-tat battle at the National Sports Arena. Avatiu had qualified for the semi-finals in all the 10 grades from six and under to premier.

Tekura Moeka’a of Netball Cook Islands said the match between Takuvaine and Avatiu was an intense one especially in the dying stages.

Takuvaine scored the winning goal in the last 20 seconds of the match.

“It was a low scoring game for both teams and lots of unforced errors from both sides,” Moeka’a said.

“Standout player was Tevai Howard Napa at GK (goalkeeper) for Takuvaine, disrupting the ever accurate Avatiu shooters with up to 10 intercepts and tips.”

In the other Open 2 semis, Arorangi defeated Titikaveka 31-23.

Tupapa won in round one and Takuvaine claimed victory in round two, Wednesday’s semi-final served as the decider for the two teams.

Tupapa fielded an experience side with the likes of June George and Mina Willie while Takuvaine had the services of Antiana Tupa who scored most of their points.

“We had about 300 spectators at (Wednesday’s) games. Thank you to those who came out to support their clubs,” Moeka’a said.

The remaining semi-finals will be held this Saturday at the Arena.