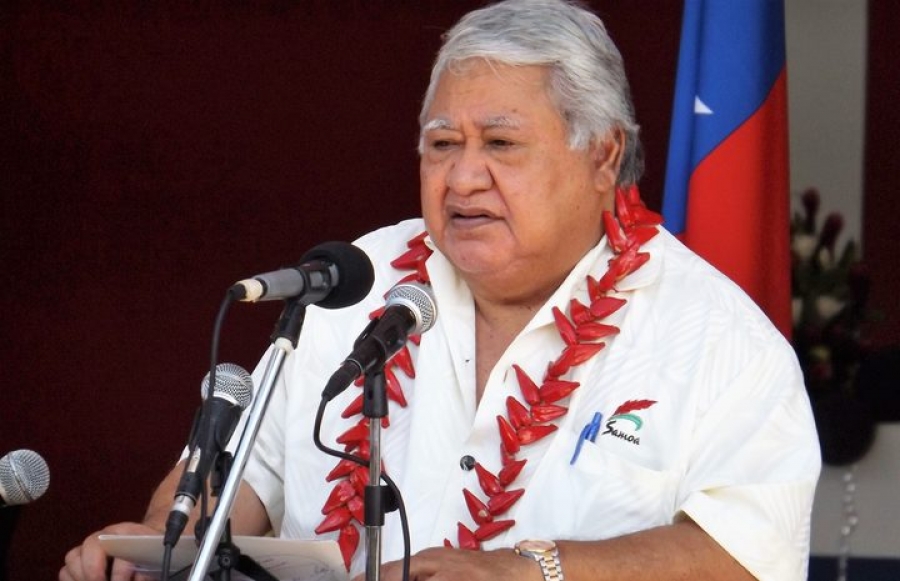 Samoa’s former Head of State has criticised statements made by the prime minister as being rude and ridiculing of the framers of the country’s Constitution, RNZP has reported.

Last week Tuilaepa Sailele Malielegaoi told parliament amendments his government proposed aimed to change foreign concepts the Samoan leaders of the time did not comprehend and which were inserted by overseas advisers who helped frame the Constitution.

The changes would affect the Lands and Titles Court which oversaw customary lands and chiefly titles.

However , Tui Atua Tupua Tamasese Efi, also a former prime minister, said Tuilaepa was saying these things uncaringly, “as his parents were never part of the Constitutional Convention”.

“But these are not simple for us whose parents and forefathers were part of the Convention. These are very serious condemnations which we take to heart,” he said.

Tui Atua’s father, Tupua Tamasese Meaole, was joint Head of State with Malietoa Tanumafili II and led the 1960 Constitutional Convention and country to independence in 1962.

Talamua Online reported that Tuilaepa also told parliament this week that it was the vision of the framers of the Constitution to make the change regarding customary land ownership and now is the time to do it.

However Tui Atua said he believed there were sections of the Constitution which were designed to stop people changing the country’s supreme law.

He quoted from the record of the Constitutional Convention debate that he said didn’t support Tuilaepa’s statements that the Samoan leaders did not understand the fundamental law and the Constitution.

He said the Constitution Article 102, protected customary lands ownership and vested in the hands of the matai and the heirs of the family as authority over such land.

“Let’s not condemn the wisdom of those who fought for our independence,” Tui Atua said.

“We were not stripped of our matai titles by the colonial government. We were not banished or exiled in Samoa or New Zealand or Marshalls. Speak with respect. We must know how to respect the umu makers as we are just the umu openers,” he said.

He said Samoans must recognise and respect the service of the Samoan leaders who framed the Constitution that brought the country to where it is now.

“The fu’e suavai is now mocking the wisdom and effort of the fai suavai,” said Tui Atua.

The three bills before Parliament Select Committee would change the Constitution to allow the introduction of a separate Lands and Titles Court with its own appeals court, which some members of the law fraternity and the judiciary opposed.