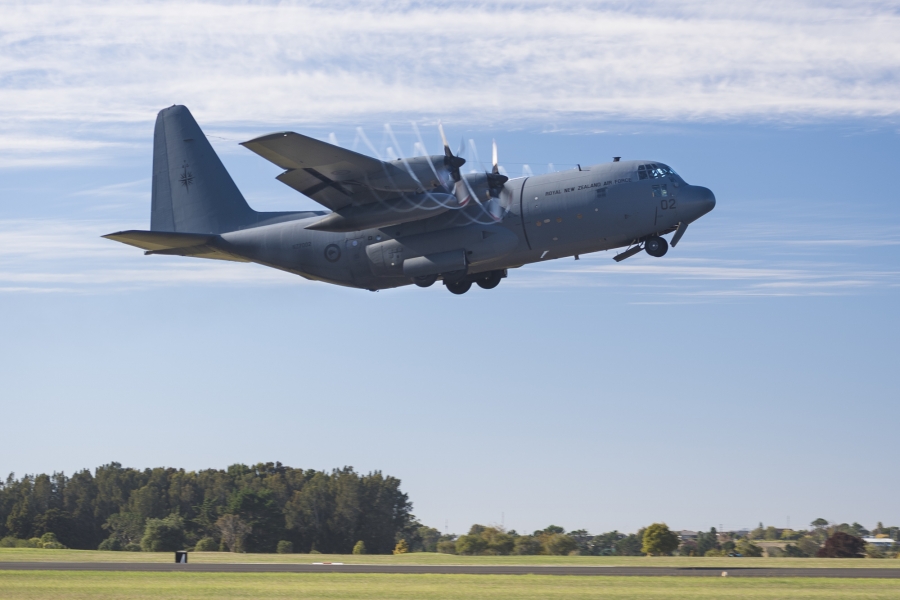 New Zealanders in Fiji who were unable to leave on commercial flights because of COVID-19 restrictions will be on the return trip to Auckland.

Earlier, an RNZAF P-3K2 Orion aircraft carried out aerial surveillance over Fiji and provided imagery to the Fiji Government to help it assess the damage, including in remote areas, and determine how to respond to the disaster.

Last weekend an RNZAF Hercules delivered cans of water, chainsaw kits, agricultural tool kits and some satellite phones to Vanuatu. Also on board was a privately owned Robinson R66 helicopter to be used in the relief efforts.

With no reported cases of COVID-19 in Vanuatu, extra care was taken to avoid any possible transferral of the virus, with all cargo disinfected before it left New Zealand and again when it arrived at Port Vila.