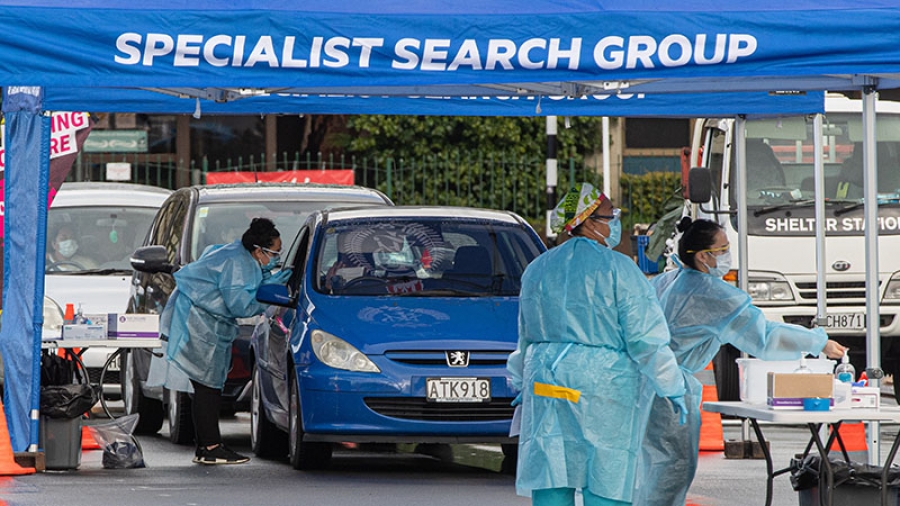 Māori and Pacific health experts and organisations were immediately on high alert.

“It hit me, ‘Oh no.’ This is going to be a major issue for us,” said Dr Matire Harwood.

Harwood is an Auckland University researcher, a GP at the Papakura Marae and part of Te Rōpū Whakakaupapa Urutā, a Covid-19 Māori health expert group.

Families in South Auckland are especially vulnerable to an outbreak of coronavirus.

Poverty in the communities contribute to high rates of chronic disease amongst the large Pacific and Māori population in South Auckland. One in three are of Pacific Island descent (90,717) and about 19 per cent (52,236) Māori.

Many residents live in overcrowded, damp homes with multiple generations. It puts them at risk of death from Covid-19 at a younger age, Harwood said.

“I’m really worried it’s going to get away from us,” she said.

“Once you do have Covid, those people who have chronic disease – living in poor, damp homes who don’t have good access to the health system – are at increased risk of dying.”

Many families are mobile, having to travel to multiple jobs across Auckland and could carry the virus wherever they go, she said.

More people would likely test positive and, she thought, the city would likely remain at alert level 3 for weeks.

“Do we have the lab staff and resources who can pick up all these extra cases and report it back in a timely way? I’m not sure.

“I’m worried about getting the PPE out quickly and the labs being able to get all of the tests done. Swabs are running out, some medications are running out again. Staff are tired and feeling run down. I worry about staff burnout too.”

In 2018, Auckland Tourism, Events and Economic Development (ATEED) and Infometrics identified a range of issues in their Auckland Prosperity Index for all of Auckland’s 21 local boards.

All of the five South Auckland boards scored the lowest for household prosperity. The report also identified significant income disparity in South and West Auckland. The income levels in Māngere and Ōtara-Papatoetoe are 22 per cent lower than the Auckland average.

People queue early morning outside a supermarket in Hobsonville, Auckland. Manukau ward councillor Efeso Collins is encouraging people not to panic buy because it puts pressure on families already on the breadline.

“Last night many of our families would’ve been waiting at ATM machines after 6 o’clock for wages or benefits to drop,” Collins said.

“Panic buying by others with more resources meant their weekly shop was even more stressful. Milk powder, butter, bread, toilet paper and a small treat for the kids is the stuff that gets us through the week. So we’ve got to keep everyone’s needs at the forefront of our actions.”

Collins said the family who tested positive for Covid-19 feels a sense of shame their case has become a matter of national interest.

“Our role is to support and awhi the family, so they know that the actions they took in getting tested were for everyone’s best interests,” he said. “They’re a part of our community whānau and we stand with them.”

On Wednesday, Bloomfield said there was no stigma or shame attached with being diagnosed with Covid-19.

South Auckland paediatrician Dr Teuila Percival said everyone with symptoms should get tested.

Pacific families were vulnerable because of their poor resources, overcrowding in houses and increasing unemployment from the last lockdown. The financial impact of the previous lockdown would affect how families were able to deal with level 3 and stave off Covid-19.

“In our families, there will be a lot of complexity of different kinds of chronic illness,” Percival said.

“A lot of our families will also have borderline nutrition, so micronutrient problems, iron deficiency, which [makes it harder] when you’re trying to fight an infection.”

Community nurses and health organisations were starting to hear troubling stories of poverty. Teenagers were quitting high school to support their families because their parents have lost their jobs or their hours have been reduced.

“People out there are already struggling and haven't got enough food in the house. We really have to ramp up our support for families,” Percival said.

“Our nurses and community health workers are finding families that haven’t got food. They’re paying for rent and power, the last thing they’ve got money for is food. It’s what they cut back on. We’re having to take out food parcels all over the place.”

Percival was hopeful authorities could stop the outbreak and prevent a repeat of the measles epidemic in 2019.

“I hope they have culturally appropriate people who can communicate with our families,” she said.

“The lessons we had from the measles outbreak in 2019 was that the first people that went in to do contact tracing didn’t have the same language as our families.”

“People were really careful, I’m sure they’ll do it again.

“We just need to make sure we’ve got lots of support for our families. Food banks, wellbeing hubs. We need to be able to step up.”

Harwood said many of the local marae haven’t stopped operating welfare programmes and will become a vital part of the effort to help again this time. They will be able to manage the short-term impacts but it’s the long-term effects she’s worried about.

Ministry of Social Development Deputy Chief Executive for Maori, Communities and Partnerships Marama Edwards said more than $27m was provided to help community services and programmes respond to the increase in demand for services and to enable community-led solutions.

“This month, we have allocated extra funding of $21m to food banks, food rescue and community food services, including $3.2m to organisations in South Auckland,” Edwards said.

“Last month, an additional $2m was allocated to meet the shorter-term demand for these services, including $330k to providers working in South Auckland.” –