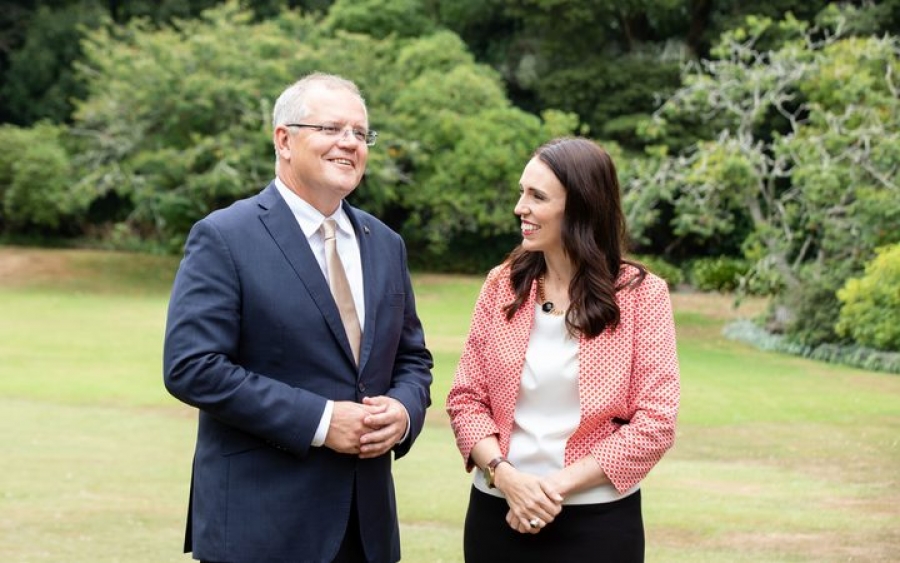 As Australia and New Zealand look ahead to loosening their borders with each other in the wake of the Covid-19 emergency, there is increasing pressure to allow Pacific Islands to join a proposed “trans-Tasman bubble”.

PACIFIC – The head of the Covid-19 Response Pacific Health Advisory Group has added his weight to suggestions that New Zealand could open its so-called trans-Tasman bubble to islands such as Niue, Cook Islands and Tokelau.

“Most of the tourists to the Cooks and Niue, or Samoa and Tong, come from New Zealand and Australia.

“So it makes a lot of sense to me that you could extend the Australia-New Zealand bubble to include a selection of these islands,” Colin Tukuitonga told RNZP, as the leaders of New Zealand and Australia talk of the possibility of loosening border restrictions between the two countries.

Tukuitonga said a trans-Tasman bubble should include some Pacific island states, given the impact of Covid-19 has decimated the economies of many countries in the region which rely on tourism from New Zealand and Australia.

Vanuatu’s finance minister said his government is already in talks with Australia about being part of the bubble.

Vanuatu had so far managed to keep Covid-19 out of the country by sealing its borders, although its tourism-dependent economy had suffered a double blow from both the coronavirus restrictions imposed by a State of Emergency and last month’s Cyclone Harold.

Johnny Koanapo said he had talked with the Australian High Commission about travel being reinstated.

But he said that would depend on how Australia and New Zealand handled the coronavirus.

“The economy has slowed down drastically and we’re just hopeful that given the fact that some countries in the world have, and in light of what’s happening in New Zealand, we’re following that and we hope things will improve.”

Still, there are complications in creating a Pacific extension of the trans-Tasman bubble. Tokelau, for example, is only reachable by boat from Samoa.

And some fear expanding a bubble to include Pacific Island nations could risk spreading the virus to the region.

“The implications would be enormous if borders were opened too soon to the Pacific,” Massey University senior lecturer in security studies Anna Powles said.

Last year a measles epidemic in Samoa killed 83 people after a traveller from Auckland brought it in.

Dr Powles said it would be better to gradually reopen borders to the Pacific, which could include only letting in Pacific seasonal workers at first.

She said this could mitigate the problems forecast by the World Bank, which this week said there would be a 13 percent fall in remittances to the Asia-Pacific, a financial lifeline for many families in the region.

By some accounts, Pacific governments may not want to open borders with New Zealand.

Tonga’s top health official, Siale ‘Akau’ola suggested on Thursday they would at first only allow travellers from

A Tonga Ministry of Foreign Affairs and Trade spokesperson said the government would be mindful of its close connections to Australia and the Pacific when exploring border options, but it remained concerned about the potential for exporting the virus to other countries.

“There is no anticipation of borders reopening now – we are exploring what might be possible in the future. The first priority of all countries is to get the virus under control,” the spokesperson said.