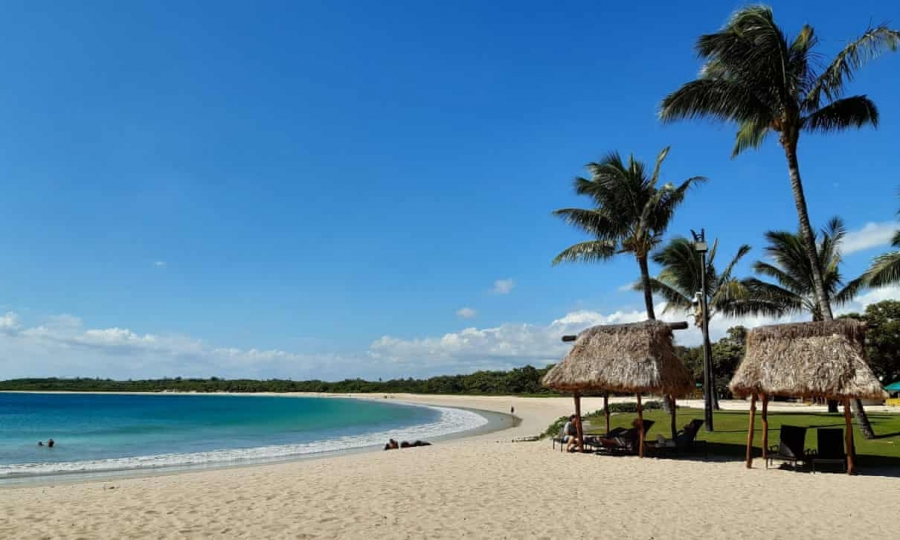 ourism-reliant Fiji has invited billionaires to visit and invest in the country in a bid to revive its stalled economy which has been hit by the coronavirus pandemic. Photograph: Aileen Torres-Bennett/AFP./AFP/Getty Images

Fiji’s prime minister is soliciting wealthy ‘VIP’ visitors in a bid to restore the country’s Covid-19 battered economy which is heavily dependent on tourism.

After months of strict Covid-19 lockdowns and closed borders, Fiji is opening its doors – to billionaires.

He is openly encouraging “billionaires” to make use of their private jets to visit the South Pacific islands.

“Say you’re a billionaire looking to fly your own jet, rent your own island, and invest millions of dollars in Fiji in the process – if you’ve taken all the necessary health precautions and borne all associated costs, you may have a new home to escape the pandemic in paradise,” the prime minister said in a tweet.

Bainimarama said the country would also welcome wealthy travellers arriving by yacht who were prepared to spend 14 days at sea before they arrive – or make up the balance in quarantine in Fiji.

The country’s attorney general, Aiyaz Sayed-Khaiyum, has already announced that the first planeload of 30, “high-net-worth individuals from a very well-known company” were set to arrive by private plane in the archipelago nation on Sunday.

“We already have one group coming,” Sayed-Khaiyum said during a national budget consultation.

“We just did the approval for the flight to come in, and they’ll be spending three months here. There’s about 30 of them. They are coming in their private jet, and then they get on the seaplane, and then they go to the island and they stay there for three months.

“From our perspective, this is a balance between managing our health risk and also opening up the economic pathways – it’s critically important to do that.”

It’s not known from which country – or company – the group is coming, the Guardian has reported.

Fiji has had only 18 confirmed cases of Covid-19, none fatal, and there have been no cases for three weeks.

But there are fears, should the virus take hold, especially on remote islands, the country’s limited public health infrastructure could be quickly overwhelmed, the Guardian said.

While the country has, so far, escaped the feared coronavirus health crisis taking hold, the shutting of international borders has paralysed the economy, and devastated household incomes.

Bainimarama has previopulsy announced his intention to establish a “Bula Bubble”, allowing for travel between Australia, New Zealand and Fiji.

But Bainimarama, and other Pacific leaders, have been frustrated by Australia and New Zealand’s commitment to opening a the “bubble” with each other first, before considering allowing travel to Pacific islands, many of which have escaped the virus entirely.

Planned “Trans-Tasman bubble” has grown more complicated, with a renewed, though low-level, surge of infections in both countries.