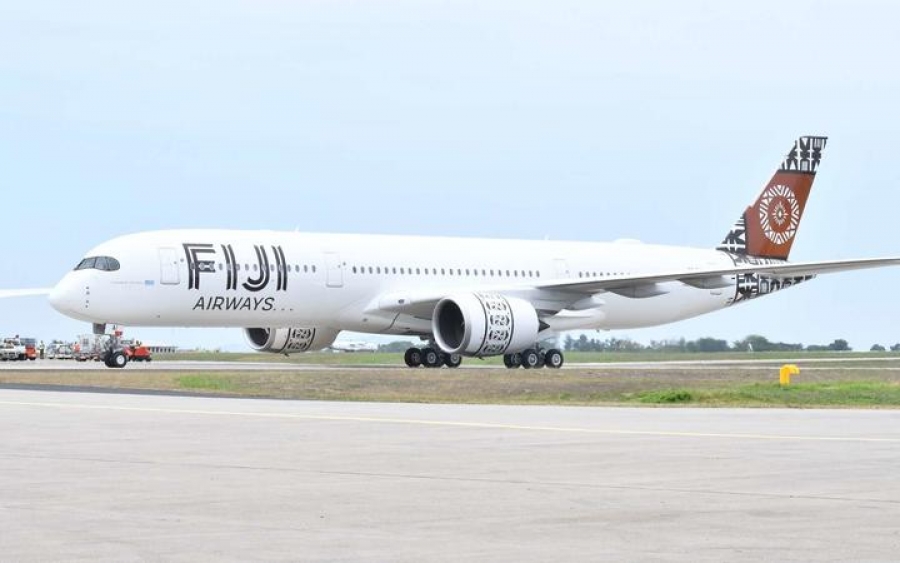 Fiji Airways’ decision to let go nearly 800 staff due to the Covid-19 pandemic highlights the importance of establishing a Pacific travel bubble as soon as possible, an aviation expert says.

Fiji’s flagship national airline has announced the laying off of 758 of its staff along with the termination of contracts of its expatriate pilots and management team members.

Fiji Airways says in order to ensure the airline’s survival, 51 per cent of employees from across the company have had their employment terminated.

“The adjustments are necessary and unavoidable as the Covid-19 crisis endures, causing the further suspension of scheduled international services and ensuring that the airline will receive virtually zero revenue in the coming months,” the company said in a statement.

Andre Viljoen, Managing Director and CEO, said: “This is a very difficult announcement, and one we are only making after exhausting all other options.

“The sad reality of prolonged flight suspensions means that we simply do not have work for a large segment of our workforce now, and for the foreseeable future.

“We have no other option but to terminate the employment of staff to whom we cannot provide work, which is an unfortunate but vital step we must take in order to protect our cash position and to preserve as many jobs as possible for those staff who the business needs in order to function today.”

“All of our international passenger services remain suspended, and it is simply not sustainable to continue to pay staff who are at home and not working, even at reduced salary levels.

“We have a responsibility to our shareholders, and to the Fijian people, to ensure that Fiji Airways survives this crisis.”

Irene King, former chief executive of the Aviation Industry Association and now an independent aviation commenter, said the airline’s decision to send termination letters to 775 was not unexpected, particularly as it has a negligible domestic market, Stuff has reported.

“With absolutely no certainty around when the border might open, the company would have had no choice but to stop the drain on finance,” King said.

“Politically, the job losses will be an absolutely devastating blow and really highlight the urgency with which New Zealand, Australia and the Pacific Island governments need to get into sensible, meaningful and timely dialogue on when and how to open borders,” King said.

“If not, there will be economic chaos across the Pacific as these islands are incredibly dependent on foreign tourism.”

On May 8, the airline’s chief executive Andre Viljoen said any resumption on flights would depend on the easing of border restrictions and demand.

“We will continue to assess the situation and may reduce capacity further if required. The outlook remains bleak, and we are preparing for the worst while hoping for the best.”

Fiji Airways told affected staff in their termination this week letters that they could reapply for their roles when the situation allowed.

Eight expatriate executives have had their employment terminated, with five expatriate staff remaining, including the CEO.

The airline has six local executives, who will all retain their jobs and now constitute the majority of the leadership team.

The responsibilities of the remaining executives and management have been expanded to absorb the work of those terminated.

Managing director Viljoen concluded: “Many of our dear colleagues affected by these reductions have contributed enormously to our airline over many years, and we owe them a huge debt of gratitude. The measures we have announced today are painful and difficult, but ultimately necessary for our airline’s survival. Tourism is the backbone of the Fijian economy, and it is dependent on a strong and sustainable national

“Fiji Airways will be vital in leading Fiji’s economic recovery post COVID-19, and we take that obligation to the Fijian people very seriously. We have taken these difficult actions now, in order to safeguard our airline’s future. Many large and respected airlines around the world are collapsing as a consequence of this unprecedented crisis. However, we will do everything within our power to ensure that Fiji Airways does not suffer the same fate.”

The Fiji Trade Union Congress has condemned the decision of Fiji Airways to terminate 758 employees today.

In a statement, National Secretary Felix Anthony says the terminations have come without notice nor does it appear that there were sufficient consultations or negotiations with the union.

Anthony says this is a demonstration of how insensitive the management is in dealing with such sensitive issues and that a major concern is that the employees were given 48 hours to return all company property.

He claims that some Fiji Airways staff were escorted out of the premises by security personnel after being told of their termination.

According to Anthony, if Fiji Airways was in financial strife because of the pandemic, it ought to have consulted the union in accordance with the Employment Relations Act and entered into consultations with the union and entered into an agreement prior to serving termination letters.