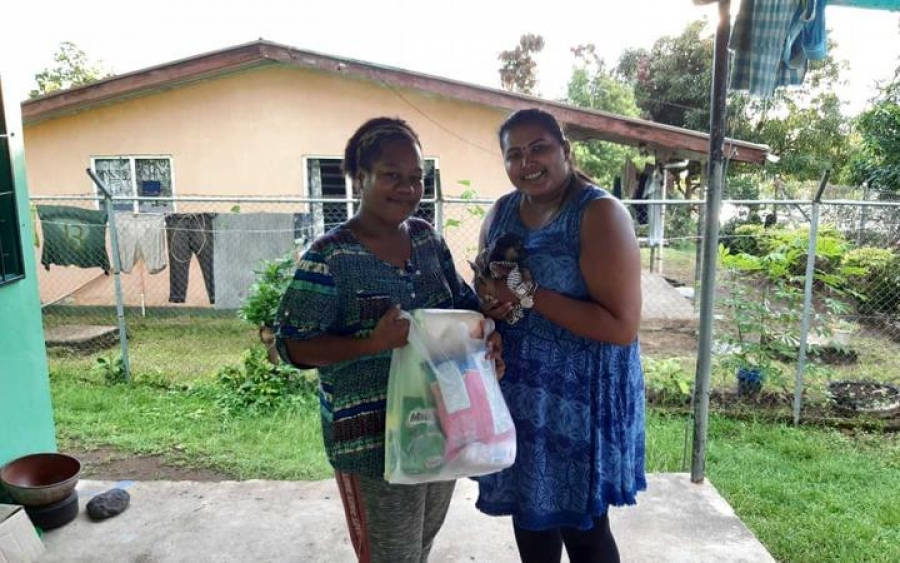 Barter for a Better Fiji facebook page was launched on April 21.

Within days of launching "Barter for a better Fiji" on Facebook, Suva resident Marlene Dutta has sparked a cashless trade movement so popular it's gone from three administrators to more than 90,000 members in just a over a week.

The no-cash, no commercial sales policy of the barter page was Ms Dutta's concept, responding to the lack of money and jobs as Covid-19 travel and trade restrictions set off economic shocks for Fiji and many other Pacific nations.

"I needed to do something positive and constructive...like most people, I was confused, scared of all the uncertainties, frustrated at people not following the directives and empty from not being able to spend time with family and friends," she said in a response sheet to the flood of media requests she's been taking.

Taking action became a way to find peace and "focus on helping and being kind, rather than just being angry."

Last month, as the impacts from thousands without paid work began to crunch on household spending, Ms Dutta started thinking about an easy to use barter network built on a practice many in Fiji were already familiar with.

The aim was to grow cash-free, direct trading in food and pre-loved items between people, to help use what money they could save for bills such as rent, utilities and transport.

"We have all been bartering and sharing one way or another most of our lives, whether within our families, in our communities- this (Facebook) space just helps people connect and exchange from a wider pool," Ms Dutta said.

She launched Barter for a Better Fiji on April 21 and watched the membership hit more than 60,000 members and over 300,000 posts in the space of a few days.

Fiji news coverage of the closed group page helped spread the word, businesses were pitching free services and delivery, and same-name barter movements in the Solomon Islands, Papua New Guinea and Samoa also popped up on Facebook as news of the page spread. Ms Dutta said it was a good thing.

"The response has been tremendous, unexpected, overwhelming. The way it's grown is something I couldn't even imagine."