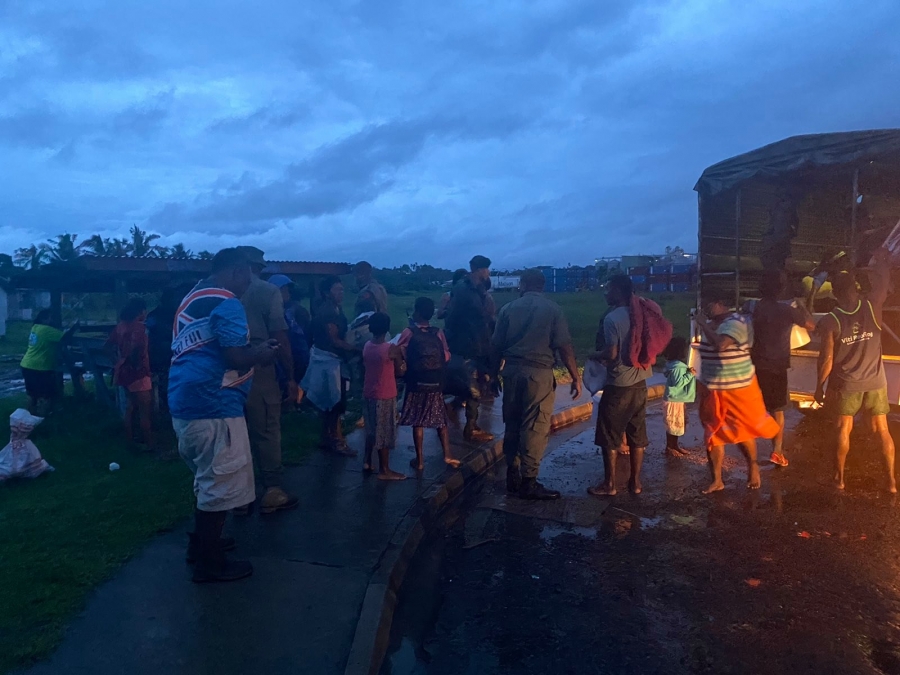 The Fiji Met Office said the storm was tracking southeast and was expected to cause more damage.

“There have been reports from Yasawa of huge tidal waves there,” a spokesman said. “There has been structural damage and mass flooding in some areas.

“But the full brunt of the storm will be felt by Kadavu and southern Lau.”

The cyclone was also being felt in Fiji’s main centres.

Nadi was without power and Suva and Nausori were being lashed with heavy rain and strong winds.

With a lockdown in force, residents in Nausori and Tailevu have been calling police for help.

Several roads had been closed due to flooding and fallen trees.

The Met Office said there is flooding in low-lying areas and people had been evacuated.

“Cyclones can kill and so can coronavirus. As we combat these two life-threatening crises, it’s vital that every Fijian do exactly what they are told to do by authorities,” the prime minister said.

The cyclone is now heading towards Tonga.

RNZ reports that Tongan residents are being advised to prepare for the arrival of Cyclone Harold, this morning.