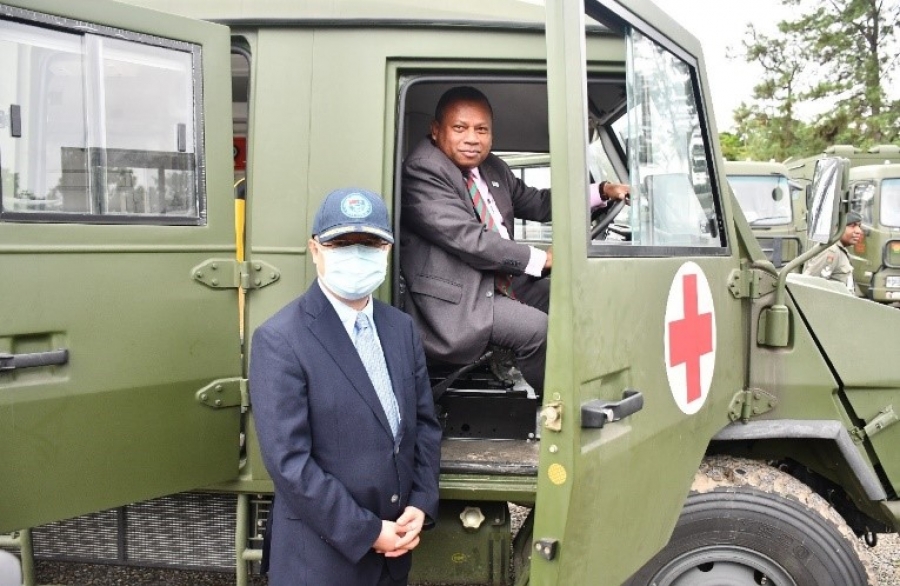 Fiji and China further strengthened its defence relations after the official handing over of 47 specialized military vehicles by the Government of the People’s Republic of China this week at the RFMF Engineers Headquarters, says the Fijian Government.

The Chinese Ambassador to Fiji, QIAN Bo officiated at the formal handing over ceremony on behalf of the Government of the People’s Republic of China to the Minister for Defence, National Security and Foreign Inia Seruiratu.

Ambassador Bo said he was honoured to hand over the 47 vehicles which were of six different specialized types of military vehicles, that sailed across to the Pacific for 20 days and nights at the end of 2019, whilst Tropical Cyclone Sarai passed over the Fiji waters.

“What is quite dramatic is that, after sailing 20 days and nights on the Pacific, the cargo ship carting these vehicles happened to encounter Tropical Cyclone Sarai in Suva, which interrupted the offloading and held the ship on the sea for another four days and nights. On the last day of the year 2019, the ship at last managed to offload all the vehicles and left immediately,” he said.

“These strenuous efforts are a vivid example of bilateral cooperation between China and Fiji at large and our two militaries in particular, which has withstood the test of time and changing circumstances.”

Ambassador Bo further highlighted that the defence cooperation between the two countries is a cooperation of brothers in enhancing the response capability of the RFMF to natural disaster relief and humanitarian intervention.

“I am glad to learn that these vehicles will come in handy in Fiji’s battle against COVID-19. I firmly believe that China-Fiji defence cooperation will contribute to regional peace and stability, which is an integral part of China’s grand commitment and great endeavour to build a community with a shared future for mankind,” he said.

Minister for Defence, Seruiratu, who officiated at the event on behalf of the Fijian Government, acknowledged the vehicles donated by the Chinese Government as they would assist the nation in responding to COVID-19 and Tropical Cyclone Harold.

“These new equipment will be fully utilized in times of emergency, including our efforts to contain COVID-19 and respond to Tropical Cyclone Harold. In doing so, this gift will come of immediate, life-saving use in a time of need.