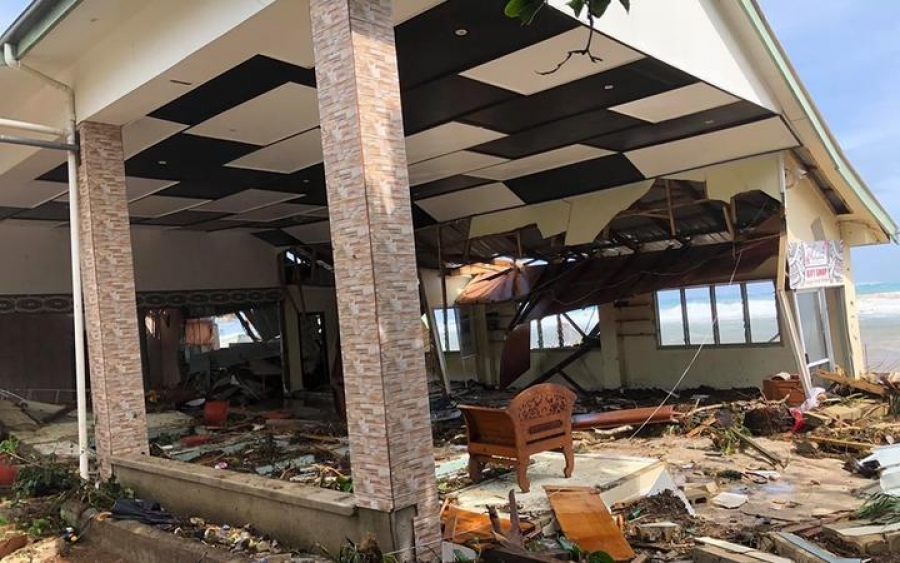 One of the main buildings at the Vakaloa Resort Photo: Sioto Fine, Nuku'alofa

A notable location in Tonga damaged by Cyclone Harold is a popular resort in Kanokupolu.

Vakaloa Beach Resort in Tongatapu was severely impacted by king tides on 9 April, which coincided with the severe cyclone that tore through Tonga.

Owners John Fiusati and Marianne Tukuafu were unavailable to talk to RNZ Pacific, but the mother of John expressed sadness at what had happened to the resort.

Katinia Taulanga Tukuafu said her family were all well and safe, but were still in shock of what had happened.