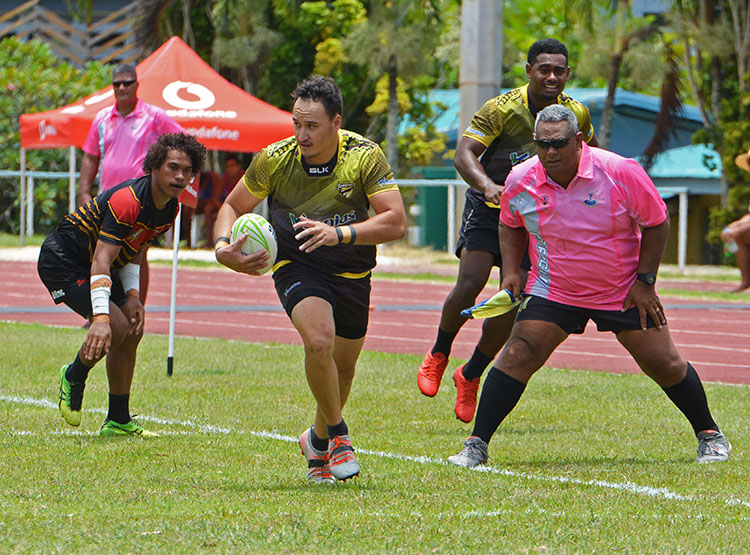 Aitutaki Sharks will take on Avatiu Eels in the opening match of the 2021 domestic rugby league season this afternoon. 21010820

Aitutaki Sharks will be based in Rarotonga for the 2021 Raro Cars Rugby League Competition which kicks off today.

The Sharks’ home base will be the Happy Valley Field in Takuvaine. Takuvaine Warriors are not competing this season.

Cook Islands Rugby League president Charles Carlson said: “I’m very pleased to see the Sharks in competition and after a top performance at the Raro Cars League Nines in Paradise last month, we are expecting great things from them this season.”

“The Sharks will now be based on Rarotonga. A large number of their players now residing in Rarotonga to form the core team and a number of players will be travelling from Aitutaki to make up the full squad.”

Team official VaNic Teina said the high cost of travel for the Sharks and other teams heading to Aitutaki for away matches, was the reason behind the move to Rarotonga.

Aitutaki Sharks will be led by veterans Teokotai “Billy Bush” Tuaivi and Bruce Goldsworthy, who featured for the team at the Nines tournament last month.

Tuaivi, the former Eels player, is also coaching the team.

Teina said the players have been training for a month and were ready to give the Eels a good run in the opening match the season.

He also said the third place finish at the Nines have lifted the morale of the players who were looking forward to a grand season.

“We have six players who have arrived from Aitutaki and they join the 13 players who are based in Rarotonga. Some of the Rarotonga-based players featured for other clubs and they decided to join us this season because of their family ties with Aitutaki,” Teina said.

“We want to put on a strong performance against the Eels to set the bar for the remainder of the season. The Sharks will be coming with lots of energy and skills to ensure a good start to the season.”

The Eels versus Sharks match will be held at Aretere Park (The Swamp) in Avatiu.

In the other premier matches to be played tomorrow, Ngatangiia Sea Eagles will host Arorangi Bears while Titikaveka Bulldogs will take on defending champions Tupapa Panthers at Teimurimotia Park.