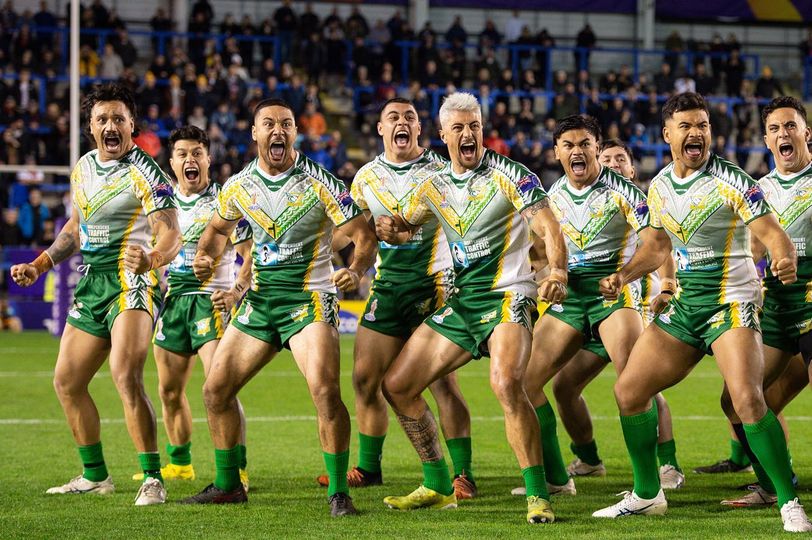 Cook Islands men’s side will take on the winner of the 2023 Middle East Africa Cup for a spot in the 2025 Rugby League World Cup to be held in France.

The men’s 2025 Rugby League World Cup will feature six teams from Asia-Pacific, six from Europe, two from the Americas and one from Middle East Africa, organisers have confirmed.

The final place will be decided by an inter-regional repechage between Cook Islands and the winner of the 2023 Middle East Africa Cup, which will be contested by Ghana, Nigeria and South Africa.

The Kukis were the only Pacific nation not to reach the quarter-finals of the 2021 World Cup, and therefore guarantee entry for 2025.

It was the third time they had featured at the World Cup, having previously qualified in 2000 and 2013, though they have exited at the group stage on each occasion.

However Carlson said he was disappointed to miss out on the top eight placing which would have guaranteed an automatic qualification.

“Some valuable lessons learnt from the experience as we prepare for the World Cup Qualifying. It also highlighted where we are at this level of competition so we need to step up in our preparation and the selection of players. At this level, you need specialists for every position otherwise you get exposed,” Carlson told Cook Islands News.

“Unfortunately, we don’t have that luxury with our limited numbers of players playing at the elite level like Tonga or Samoa have, including Fiji and PNG.

“The World Cup qualifiers will start next year and our game will be pending on the outcome of these qualifying games between the other nations.

Hosts France and England are the only confirmed European nations to date, while Lebanon will be the automatic Middle East Africa representative.

The four remaining European spots will be decided via the European Championships, with exact details to be confirmed.

There are eight teams, including England and France, due to feature in the 2023 European Championship – with Ireland, Italy, Scotland, Serbia, Spain and Wales making up the competition.

It is expected that the top two nations outside of England and France will qualify for the 2025 World Cup, with the next two ranked teams going through to the Europe repechage in 2024.

In that, they will be joined by the two group winners from the 2023 European Championship B, which comprises of Greece, Norway and Ukraine in one group, and Czech Republic, Germany and the Netherlands in the other.

“Despite the postponement caused by COVID, and other challenges, the World Cup in England was the biggest, best, and most inclusive yet, as rugby league was showcased in the most sensational fashion.

“We now look forward to France 2025 and during the next three years there will be enormous opportunities to continue the growth of international rugby league, with qualifying tournaments in each region of the globe.”