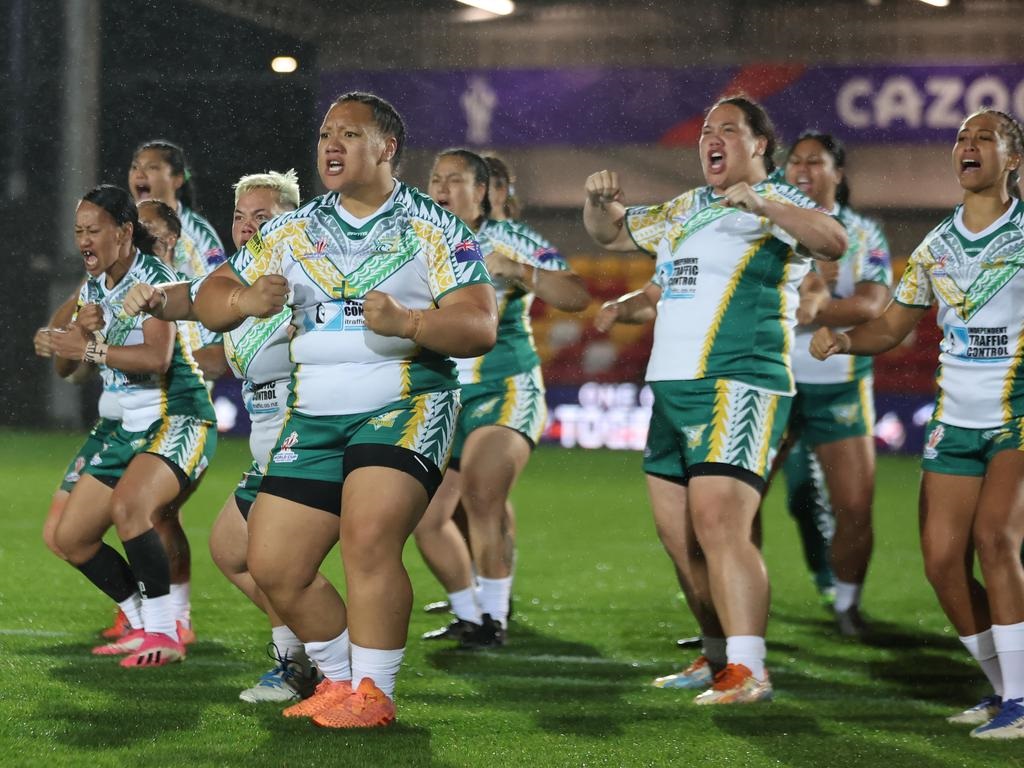 Despite the loss, the national side put on a gutsy performance against one of the favourites in the tournament.

Cook Islands Rugby League president Charles Carlson said Australia as the defending champions had set the standard so high that it was always going to be a challenge.

“They also have the luxury of picking the best from their NRL competition and the state of origin teams. These players have been playing together for number years compared to our lot who just assembled together over a week ago for the first time since 2017 World Cup.”

Carlson said the heavy loss reaffirmed the need for the team to “play at least one international game every year as we prepare for the World Cup 2025 in France”.

“Like the men we all know what is required to compete at this level, we must select players playing NRL to be competitive at this level and there is no but about it.

“Unfortunately, we don’t have the numbers and depths of players like they have so it’s a matter of developing a database of our players coming through the system and also provide the pathway and exposure through international games.”

Despite the loss, Carlson said the match against the Jillaroos was a good experience for the players as they prepare to take on Kiwi Ferns on Sunday.

Jillaroos’ Sam Bremner scored four tries in her return to international rugby league to help her side start their World Cup campaign with a big win.

Evania Pelite also crossed for a hat-trick in her debut for Australia, while Tarryn Aiken was also a multiple try-scorer in her first match for the Jillaroos with a double.

While it was a big win to Australia, they didn’t have everything their own way with the Cook Islands putting in some strong defensive hits, forcing the Jillaroos into making more errors than expected.

The Jillaroos went into the game without a warm-up match, opting instead for an intense training camp before leaving Australia for the UK, but in the end it didn’t adversely affect the reigning champions.

Overall, Australia made a statement to the tournament with a big win which saw the side make 2000 metres, in contrast to 690m for Cook Islands.

Moana young gun Chantay Kiria-Ratu attracted attention before the match as a player to watch and she performed well in her international debut, but it was her halves partner in the more experienced Kimiora Breayley-Nati who produced the most pressure on the Jillaroos, with some clever kicking being rewarded with back-to-back sets.

Jillaroos coach Brad Donald said: “The girls were fantastic, I think it just shows how much that they were looking forward to playing. All credit to the Cooks, they kept showing up, (but) our girls were just on their game. We’ve got a little bit of work to do, but really, really good. We have a fair few players who will get a run in four days’ time and are looking forward to getting on the field as well.”

In the other Group B clash Kiwi Ferns defeated France 46-0.

Cook Islander Apii Nicholls, who scored a try in the win, was named player of the match for her work at fullback for the Ferns.

“I wouldn’t have been able to perform the way I did without my team,” Nicholls said while accepting the award.

“We did start a little bit slow but we were able to pick up at the end of it. Our girls did well and really proud of them.”