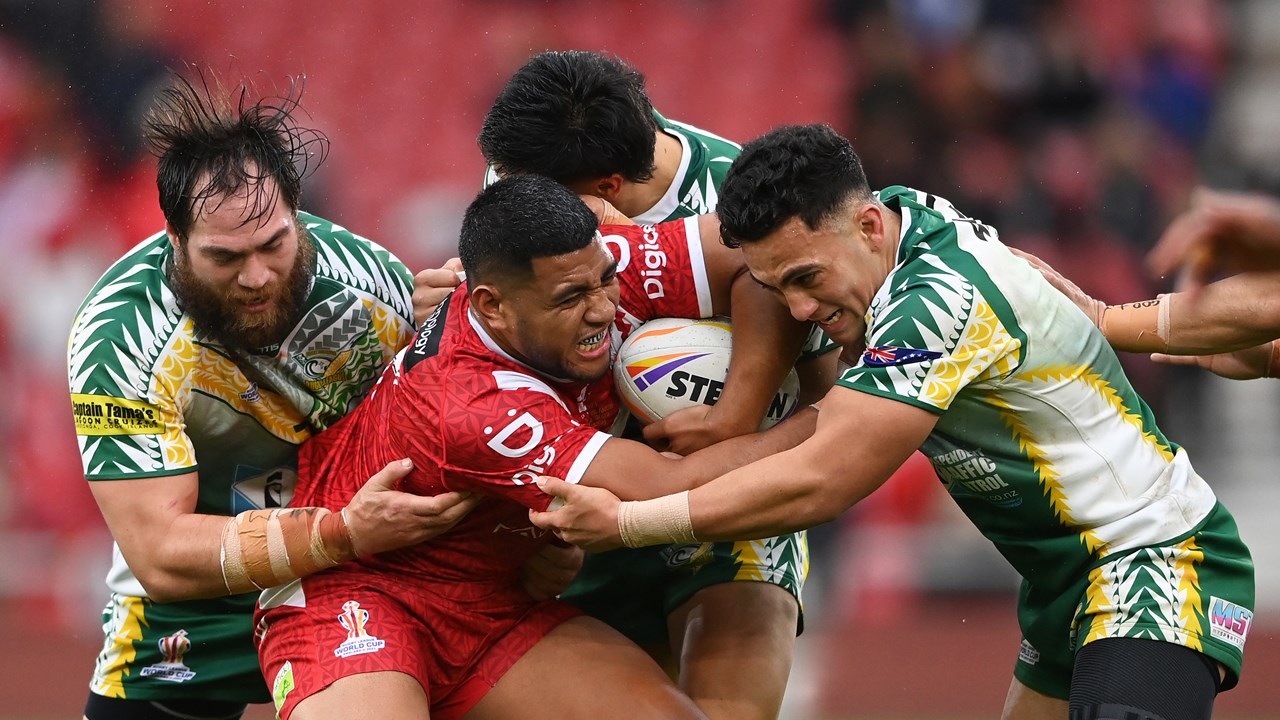 Cook Islands slumped to one of their worst defeats after going down to powerhouse Tonga 10-92 in their final Rugby League World Cup group match early yesterday.

“I didn’t see it coming, the boys had a short turnaround but doesn’t excuse the result,” Iro said.

“It is a disappointing way to finish the campaign as we had competed well the previous two weeks. Tonga are a good side but we let them dictate the game from start to finish. I’m confident that this is not a true reflection of where we sit as an international team.

“We have some good young men coming through who will have learnt a decent lesson about game management and intensity, but we need to be better.”

Parramatta centre Will Penisini scored four tries for Mate Ma’a Tonga as they registered their biggest ever Test win, securing top spot in Group D in the process.

Daniel Tupou crossed inside the opening minute, and from there Tonga piled on 15 more tries, with skipper Jason Taumalolo enormous in his first game of the tournament following suspension, scoring two tries and running for 171 metres in the middle.

While the contest was over by halftime, at which point Tonga led 52-0, Cook Islands did bounce back to score a couple of tries in the second half, but had no answer for their ruthless opponents on the day.

In a game in which they enjoyed 64 per cent of the possession, Tonga ran for almost 1200 metres more than Cook Islands and completed all but four of their 36 sets.

“We certainly missed the service of Anthony Gelling and Rueben Rennie but proud of the boys for making the sacrifice to be here,” Carlson said.

“We just have to learn from the experience and improve on that as we look to the next World Cup 2025 in France.

“It has been a fantastic journey from qualifying and to finally representing our nation at this world stage. We do acknowledge our supporter and sponsors who believed in us and we will be back.”

Tonga are through as Group D’s top side and will face either Samoa or France in the quarterfinals. Cook Islands head home having unfortunately saved their poorest showing for last.