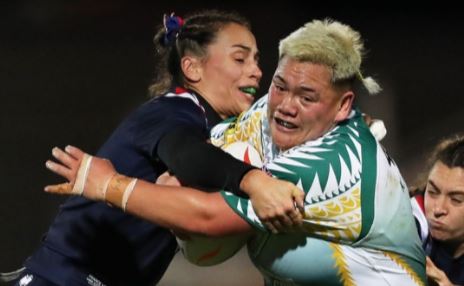 It was the first-ever meeting between the two sides - they battled it out for a first win of the tournament following successive defeats against New Zealand and Australia in the opening rounds.

Cook Islands head coach Rusty Matua earlier told media he had his eyes set on more than a win, stating that his team will be playing not just for their nation but for “mana” this time round.

The Cook Islands have won three of their previous 11 World Cup encounters, although in this tournament they have fallen to both Australia and New Zealand. Their record against northern hemisphere opposition in the competition is strong though, having drawn with Great Britain back in 2003, and beaten England in 2017. Congratulations to the team!