Chantay Kiria-Ratu: The Cook Islands ‘superstar in the making’ 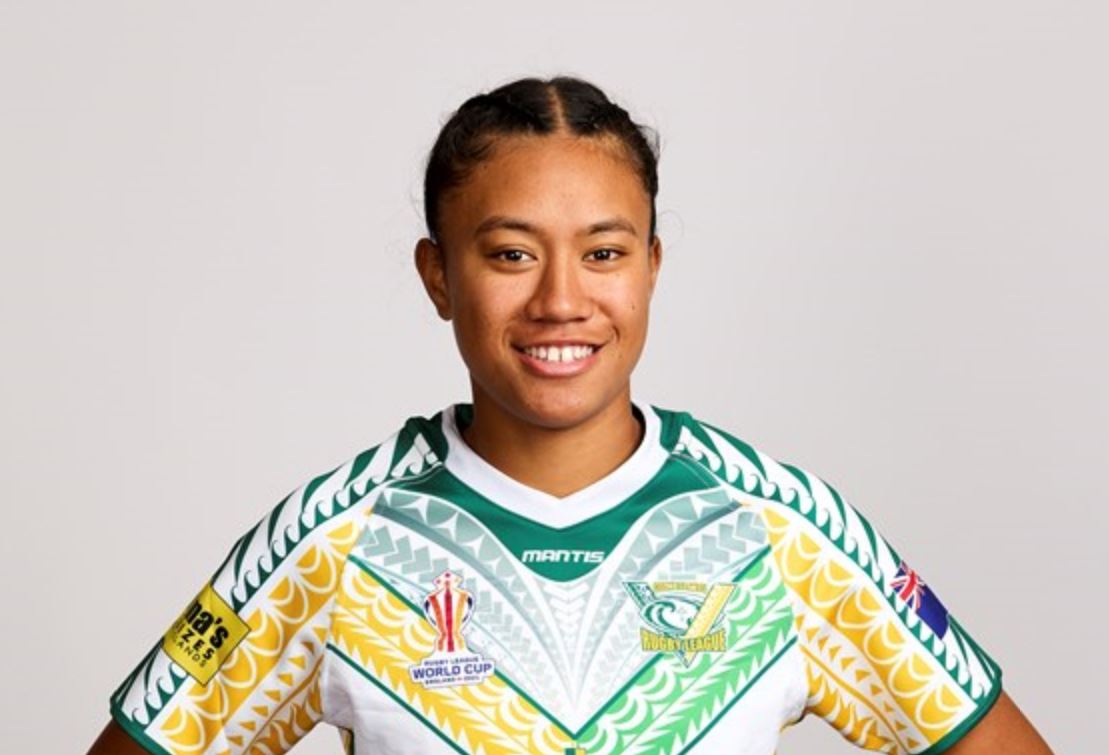 If you haven’t heard of Chantay Kiria-Ratu, chances are you will by the end of the Women’s Rugby League World Cup with the teenage Cook Islands halfback ready to take the competition by storm.

Only turning 18 in October, Kiria-Ratu was too young to make her NRLW debut this year but, after being selected in coach Rusty Matua’s Cook Islands’ World Cup squad, the Tweed Seagulls star has been earmarked as a future ‘superstar’ of the game.

The Cook Islands Moana will kick off their World Cup campaign against the hily--fancied Jillaroos on Wednesday and while the Pacific Island side enters the competition a somewhat unknown quantity — besides NRLW players Kimiora Breayley-Nati, April Ngatupuna and Kiana Takairangi — Matua has unveiled the Gold Coast development player as his side's secret weapon.

“I think she’s just an absolute superstar in the making,” Matua told the media at the Women’s World Cup Launch.

“She was amazing when we played England (in a warmup game) and I just think she’s just a superstar in the making.

"I’m pretty sure the agents have been queuing up to get her signature for the NRLW.”

Cook Islands got their World Cup campaign off to a flying start with a 24-14 win in last week’s warm-up match and Matua said he took the opportunity give the under-19's Queensland representative with some game experience on English soil.

“Obviously Kimiora (Breayley-Nati) is our senior half and she’ll take that role but when we played England, I actually rested Kimiora and Kiana Takairangi to give the other girls more minutes including Chantay because she didn’t get any experience in the NRLW,” he said.

“She was in the Titans squad but she didn’t get the exemption to play so I wanted to give her the minutes and she just got better and better as the game went on.

“We’d only had one training session, being a very small nation with no real financial backing. We didn’t have the opportunity to have a kick coming into the World Cup so we met the day before we flew out.

The Year 12 Keebra Park State High student, who is finishing her end-of-year exams while touring with the Cook Islands, was first introduced to rugby league at the powerhouse school that has produced a number of NRL players including Benji Marshall, Jai Arrow and Payne Haas.

“Her composure is amazing, she’s so mature for her age,” Matua said.

“So she’s just finishing high school so she’s so young but she’s so promising and has so much potential.”

Meanwhile, Jillaroos coach Brad Donald said he aims to pick two different squads for Australia’s first two round games against Cook Islands and France, to give each player a chance to “compete for a spot” against pool rivals New Zealand in Round 3.

“We need all 24 players to play for the team to be successful with such a short turnaround,” Donald told the media ahead of the tournament launch.

"We’ll see all of our players play in the first two games so I’ve tried to pick two reasonably similar squads and it’s easier when you’ve got two fullbacks like Emma Tonegato and Sammy Bremner.

“Against the Cook Islands, you’ll see one of those sides.

“We have a saying that pressure equals diamonds, and all of our players are competing for a spot in the third game against New Zealand, which I’d suggest is the hardest game in our pool rounds and will hopefully set us up for a semi-final.”

Donald is well aware of the talent in the Cook Islands squad.

“Complacency is going to be a great threat to the team and we’ve spoken a lot about that over the last week and a half,” he said. “This World Cup, compared to the last World Cup, will be miles ahead in terms of competition.

“There’s a number of emerging young players across all of the nations which is exciting.

“The young halfback of the Cook Islands, I think she will be a household name in the NRLW in the next couple of years.”