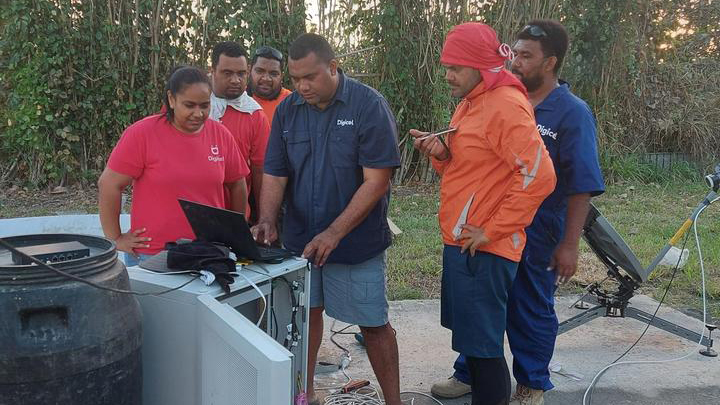 Poor weather conditions are preventing a team of engineers from repairing a damaged microwave link on the uninhabited island of Kao in Tonga.

The microwave link would restore telecommunications in the Vava'u and Ha'apai group of islands, which have been cut-off from the outside world since the volcanic eruption two weeks ago.

Digicel's chief executive in Tonga, Anthony Seuseu, said he's now organising for a satellite terminal to be sent to Vava'u.

"You know because the weather forecast is bad for the next week, and we also have been trying for the last few days to get on to Kao, I can't wait any longer, I need to get some form sort of communication to Vava'u.

So what i've decided to do is to send a satellite terminal there so at least for our ICT customers, we can switch that on for them," he said.

He said a team of engineers had been attempting to land by helicopter on Kao.

Meanwhile, a specialist ship is on its way to restore the sole undersea cable linking Tonga to the rest of the world.

It's expected to arrive on Sunday but technicians may need to a few weeks to repair it.