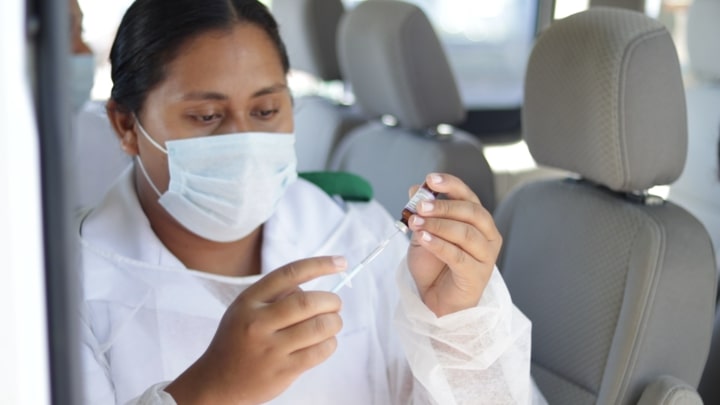 Samoa to go into 2-day lockdown for vaccination

Samoa's government is to enforce a two-day national lockdown this week as it ramps up its public Covid-19 vaccination programme.

The expiry date for its stock of the AstraZeneca Covid-19 vaccine is fast approaching and people are still dragging their feet on getting vaccinated.

The Ministry of Health is instructing people to stay home on on Thursday and Friday as its roving teams vaccinate every eligible person in each household.

As of Friday, over 99,000 people or 84.4 per cent of the eligible population had received the first dose of the AstraZeneca vaccine, while just over 50,000 had received both doses, according to Ministry of Health data.

The two-day campaign seeks to boost immunisation coverage against the Covid-19 virus to 99 per cent of the eligible population.

The last time the country went into complete lockdown was during the 2019 measles epidemic in order to roll out a two day mass immunisation programme.

The positive case, an American Samoa resident, was a passenger on last Monday's flight from Hawaii according to Department of health officials at a press conference.

The Chairman of the Covid 19 Task Force Lt Governor Talauega Eleasalo Ale said the patient was in managed isolation.

He sais the passenger had tested negative in Covid-19 testing required before boarding the flight from Honolulu to American Samoa.

Until today, American Samoa had been one of ten Pacific states that had not had any cases of Covid-19.

The rollout of the Moderna Covid-19 vaccine for children from the ages of 15 to 17 years will begin today across Fiji.

The Ministry of Health and Medical Services said children in this agre bracket were being vaccinated first as these children were mostly in secondary school and some of them are nearing the end of their secondary education.

The ministry's advisory said that children will need to receive two doses of the Moderna vaccine which is administered at a dose interval of 28 days.

Parents and guardians will be asked to sign a consent form for children receiving this vaccine.

Police say the West Papua Liberation Army was behind an attack in which a school and health centre were burnt down in the district, close to the border with Papua New Guinea.

Indonesian media reports say a nurse was killed in the attack while dozens of Liberation Army members also tried to stab several civillians before they managed to escape.

However, Papuan sources claim Indonesian armed forces destroyed the facilities as an attack on the Liberation Army.

The pro-independence fighters also destroyed equipment being used by an Indonesian construct team for the Trans Papuan road project in the same district this month.

The Speaker of Samoa's Parliament, Papalii Ta'eu Masipa'u, has confirmed the sacking of suspended Clerk of the Legislative Assembly, Tiatia Graeme Tualaulelei.

The Samoa Observer reports the Speaker would not give details but said Tiatia had been served with his termination letter on Friday afternoon after the swearing in ceremony for the 18 members of the opposition Human Rights Protection Party.

Tiatia was suspended on August 20 along with then Attorney General Savalenoa Mareva Betham-Annandale who has since been sacked by the government.