Monday 23 May 2022 | Written by RNZ | Published in Pacific Islands, Regional 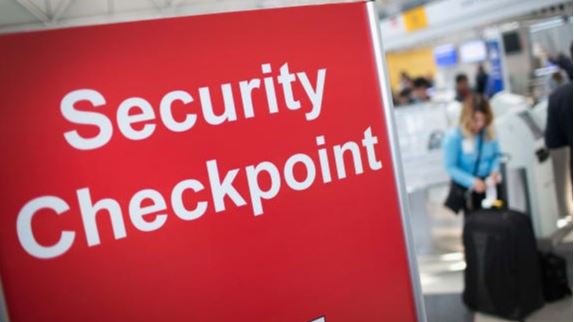 The Marshall Islands and the Federated States of Micronesia (FSM), neither of which have had Covid community cases, are preparing to re-open their borders.

The FSM has announced its plan to open its borders without quarantine beginning August 1.

Meanwhile, the Marshall Islands has gradually reduced its quarantine requirements since late last year, and the country's top government administrator said Friday it is no longer "realistic and sustainable" to maintain the two-and-a-half-year border closure.

The Marshall Islands, which has since March 2020 closed its borders to travel maintaining one of the world's strictest Covid-prevention systems, is expected to further reduce quarantine as early as next month.

FSM President David Panuelo in a statement published in the Marshall Islands Journal on Friday acknowledged that opening the FSM's borders "is equivalent to purposefully choosing to introduce Covid-19."

The health departments in both the FSM and the Marshall Islands have been engaged in an aggressive Covid vaccination program.

"A significant rationale for delaying the opening of the nation's borders until August 1, 2022, is on the premise that the FSM's vaccination coverage is insufficient (at this time) to prevent widespread human suffering, and the overwhelming of limited medical staff and equipment across the nation," Panuelo said in his statement.

Both the FSM and Marshall Islands have seen multiple so-called "border" cases of Covid in managed quarantine. But there has been no spread into their island communities due to strict quarantine rules.

Nauru and Niue have also had no community transmission of Covid.

Pitcairn, Tokelau, and Tuvalu have had no border or community transmission cases of Covid-19.

A Covid "roadmap" is being drafted by the National Disaster Committee (NDC) that she chairs to present to Cabinet with recommendations for the next steps in the Marshall Islands' management of the ongoing Covid pandemic.

The Ministry of Health and Human Services continues to urge leaders to maintain a quarantine period in Hawaii to screen incoming travellers for Covid before arrival and to keep the 14-day protocol in place for in-country quarantine.

However, Kabua and perhaps most of the NDC are expected to support recommendations to Cabinet in the next week to eliminate quarantine in Hawaii and to reduce the quarantine period on Kwajalein and Majuro from 14 to 10 days.

"I don't believe it's realistic and sustainable to keep the status quo," Kabua said.

But, she added, "We really should now be talking about what the impacts will be when there is the introduction of the virus into the community and the ways to cope and move forward.

The Ministry of Health and Human Services reports over 70 percent of people in the urban centers and remote outer islands are fully immunized. But as this is based on 2011 census population numbers and preliminary results from the late 2021 national census indicate the population has declined by over 20 percent due to out-migration, vaccine completion numbers are likely closer to 90 percent.

Health staff has made a big push over the past several months to distribute Covid booster shots throughout the country.

"It may be scary to a lot of us here in the Marshall Islands, but the world has moved on and adapted to Covid-19," Kabua said, adding "so must we. One thing for sure is that the vaccines and boosters work in preventing severe illnesses and hospitalizations.

While the Marshall Islands is now better prepared, Niedenthal points out that it can expect serious problems from an initial outbreak based on the experience of other island nations with Covid.

The Federated States of Micronesia

FSM President Panuelo made it clear his country is now in a race to be as ready as possible for the announced August 1 opening of its borders to travellers, who after that date will only need to show proof of full vaccination and a negative Covid test to enter the FSM.

"Choosing to open the nation's borders on August 1 is equivalent to purposefully choosing to introduce Covid-19 into the FSM shortly thereafter," he said.

"Thus, it is essential that the decision be made so the nation transitions from Covid-19 free to Covid-19 protected."