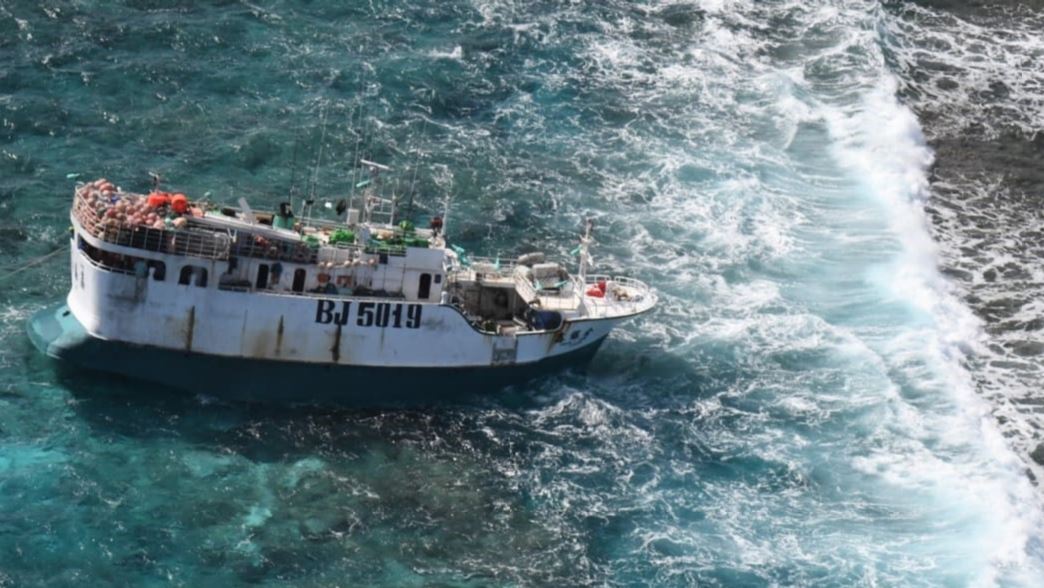 The Niue government is remaining tight lipped over the Taiwanese fishing vessel that ran aground on a Niue reef last week.

Reporter Lydia Lewis has spoken about the incident with a government official who would like remain anonymous.

A person within the administration has confirmed the Niue government is concerned about the vessel's activities.

In a conversation the official said an investigation is underway.

Eleven people were rescued by a sister ship after the FV Chuan I Shin ran aground on Beveridge Reef last week.

The RNZAF which had conducted a reconnaissance flight, says a fire followed the removal of the crew, leaving the vessel burnt out.

RNZ has requested a statement from the government of Niue multiple times, but they have yet to respond.

The anonymous source said more was expected to be revealed over the next three days.