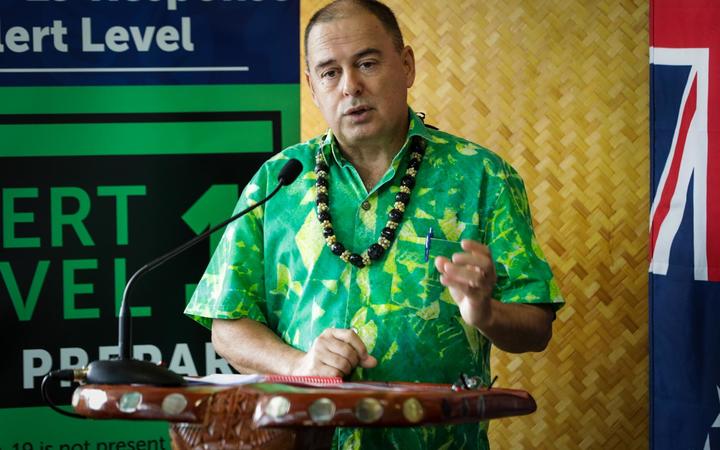 New Zealand's Council for International Development's annual conference focussed on humanitarian aid and its relationship with the Pacific Islands.

The Council for International Development (CID) is the national umbrella agency for New Zealand organisations working in international development.

The conference's theme was 'New Ways to Work: Stronger Relationships and Resilience.'

It wanted to shine a light on how New Zealand's aid sector has changed since Covid, with aid programmes and humanitarian responses more locally led.

Prime Minister Brown signalled the need for Rarotonga to pivot away from tourism for its main income source.

"Tourism will always be important to the Cook Islands and will be the quickest way for the country to bounce back, but it can no longer be our only primary industry. We will have to look at other sectors such as fisheries, trade, financial services, the creative economy and seabed minerals," he said.

Mark Brown also challenged larger nations to protect the Pacific Islands by emitting less green house gases. A message which has remained the same since the Climate Change Paris agreement in 2015.

"It is not us that must change how we do things to keep the temperature rise to 1.5 degrees. It is the larger developed countries and the major emitting countries. Many of us in the Pacific have done our bit on mitigation by converting to renewable energy even though our emissions amount to a match flame in a forest fire," he said.

"Right now, we are building the banks of our streams higher to protect homes that for the first time in our history are being reached by floodwaters. We are building water storage on islands that have never before experienced levels of drought, that we see now."

Prime Minister Brown said we are busy finding ways to protect ourselves against the impact of climate change that we are experiencing. Now.

Meanwhile, Samoa's Prime Minister Fiamē Naomi Mataʻafa made her debut and criticised the system of foreign aid for not always having Samoa's best interests at heart.

She also called on humanitarian groups to prepare for the cyclone season.

"As the Pacific approaches the Cyclone Season, it is important to consider the fact that this is an important opportunity to further strengthen localise humanitarian action in the Pacific," she said.

Fiamē said it's important the private sector and NGOs work in collaboration with both the New Zealand and Samoan governments.

"So, we have seen extreme poverty increase again for the first time this century. You more or less equate that with the numbers of people very, very severely hungry, increased numbers, as a result of the pandemic. There will be more maternal mortality reported as a result of this," she said.

Helen Clark outlined how Covid-19 vaccines need to be more readily available because vaccine unavailability has caused a humanitarian crisis.

She said it's critical New Zealand responds to Pacific Islands' needs and allows them to lead on their own priorities.