Thursday 26 May 2022 | Written by RNZ | Published in Kiribati, Regional 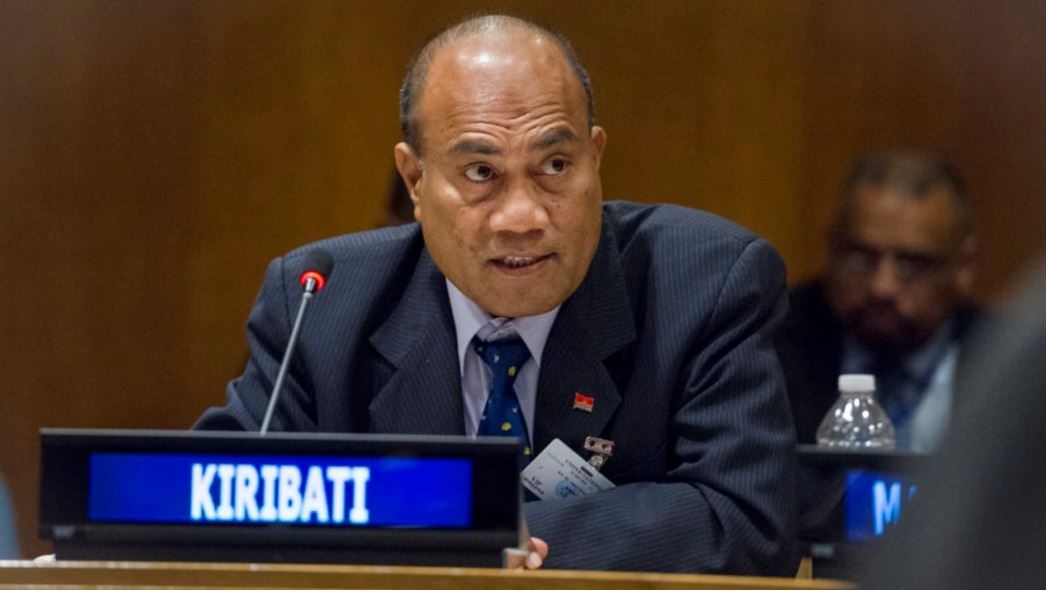 Taneti Maamau, President of Kiribati, speaks at the meeting with Pacific Island Forum Leaders, held on the sidelines of the seventy-first session of the General Assembly. Photo: UN Photo/Rick Bajornas

A Pacific journalist believes the Kiribati government has been coerced by Beijing to accommodate China's foreign minister's visit on Friday.

Journalist Rimon Rimon says the government has been "very secretive" and people "people are frustrated and angry" after only learning about the trip via a Facebook post.

Rimon said Kiribati is grappling with a Covid-19 outbreak and with the borders closed it's a change in practice by the government to oblige Beijing's request.

"I think there has been some kind of pressure from Beijing. Only last night I had confirmation from a source from Beijing that before they travelled Kiribati was finally on the list. So, I finally understood that there had been some pressures and our government has submitted to those pressures."

Rimon said a deal with Kiribati has more significance for China, as Beijing has already demonstrated its willingness to develop Kiribati's northern-most island, Canton Island, which has strategic military potential.

"And I think China is pursuing that. I think our government is quite reluctant on something military-wise, based on the narrative that the government has been saying throughout the years. But I have no doubt this is, this is the number one thing on China's agenda. How our government will respond to that or accommodate that. I have no idea of that," he said.

The Kiribati government says the high-level state visit is an important milestone for Kiribati-China relations, as it will strengthen and promote partnership and cooperation between the two countries after the resumption of diplomatic ties in 2019.

Meanwhile, Wang Yi is due to visit Vanuatu next Wednesday as part of his tour.

The Chinese embassy in Port Vila has confirmed the arrival date for bilateral talks with the government of Vanuatu.

The Embassy says Mr Wang's visit in Vanuatu has nothing to do with security issues. Instead, it said, he would discuss five memorandums of understanding as well as other business.

The Embassy said the discussion points will be on tangible benefits that China can bring to the people of Vanuatu.

After Port Vila, Wang is due to visit Fiji, Papua New Guinea, Samoa, Tonga, and Kiribati. He is currently in Solomon Islands.