Parliament of little interest to most Cook Islands youth 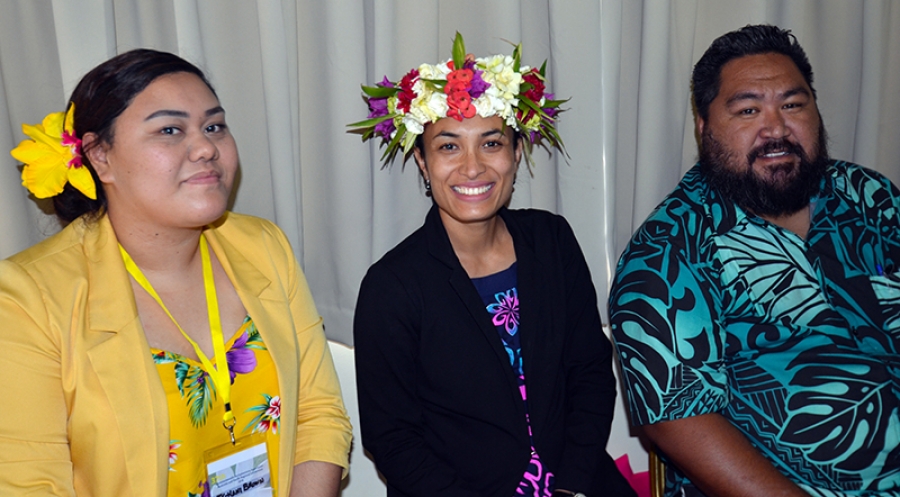 The problem of engaging with youth to encourage them to take more of an interest in Parliament was addressed at the Commonwealth Parliamentary Association (CPA) conference last week.

The Ministry of Internal Affairs’ Senior Youth Advisor, Tuaine Jnr Manavaroa spoke on the perspective and outlook from Cook Islands youth regarding their lack of interest in parliamentary matters.

Referring to people between the ages of 18 to 30 years, Manavaroa said, “Parliamentary government is not the bread and butter (of) the young people of the Cook Islands.

“Politics, parliament and elections are foreign to our youth.

“Many of our youth do not actively engage with the government of the day, monitor the governing progress or understand if they have been represented well. Many will cast their votes on election day, however a few weeks later they lose interest.

“Due to our cultural values, when the time comes to select their representatives in parliament, young people tend to give way to elders as a mark of respect.”

Manavaroa says this trend is specifically common amongst the outer islands as the population are normally relatives.

The nature and culture of parliament sittings, both observed and heard, can be frustrating at times, he says.

“Parliament is not a place where most of our ordinary young people would visit freely and occasionally, let alone associate with.

“Listening to parliamentary debates over the radio, one may well easily be led to believe that our politicians could end up physically fighting.”

“Our youth would naturally avoid this sort of behaviour and thus lose interest in politics and parliament.”

He notes Cook Islanders who have been elected to parliament at a young age are usually descendants of former politicians.

“Today our youngest politician, Tehani Brown, is the daughter of minister Rose Brown.”

Members of Parliament such as MP Albert Nicholas and Minister Robert Tapaitau are also children of past MPs, Manavaroa says.

“(The number of) youth in the Cook Islands intending to become MPs at a young age is minimal, unless they have relatives who are currently in parliament or who previously were.”

He says youth do have an impact on the outcome of general elections makingtheir numbers within each constituency vital.

The areas and countries most Cook Islands youth are located: include Otara/Mangere in Auckland, Porirua in Wellington New Zealand, as well as Sydney, Melbourne and Perth in Australia.

Manavaroa said he hoped those listening to his words would take the time to consider the quality of parliament intended for the young people of tomorrow.

“I am here for the young people of today and tomorrow, I can only offer a slice of our perspective of parliament.”

She shared her experiences from the CYP, an annual conference run by the Commonwealth Parliamentary Association for people 18 to 30 years.

It is a model parliament where the participants are involved in parliamentary proceedings including question time, debates, and voting on legislation.

Tiraa said the participation in parliament proceedings which she attended along with 49 other delegates who work in parliaments across the Commonwealth, was “an eye opener”.

“The biggest difference with the Jersey system is that it is a non-political system.”

She says Jersey’s ministers are decided between the MPs and they are not bound by government decisions. Because of that, members are grouped geographically rather than in parties.

Propositions and issues posed during the workshop were of a European context that she found difficult to identify with “as our issues are very different”.

However, she says she felt empowered, engaged and interested in having participated in a higher level of decision-making.

The CINYC prepared a mock Youth Parliament in Rarotonga targeting Cook Islands Youth back in May, a month before this country’s general elections.

The initiation of the Elect Youth Parliament (EYP) programme was included in an agenda consisting of two days learning and interaction, with the final day spent in Parliament debating a section of the Crimes Bill.

During the workshop participants had an opportunity to speak and get involved. Tiraa says many of order statements was raised, with everyone wanting to have a say. As a result, there were four proposed amendments to a section of the Crimes Bill.

She says taking part in the CYP helped her to facilitate the Elect Youth Parliament.

“The workshop enlightened, empowered our youth and increased their knowledge and understanding on significant topics such as our constitution, the separation of powers, parliamentary proceeding and manifestos.”

Tiraa says holding the EYP annually would be of great benefit to our youth in creating more interest in parliamentary matters.

“How can we get them to care if they aren’t really aware.”

The Cook Islands’ youngest MP, Tehani Brown, spoke briefly of her journey since being elected.

She encouraged youth to step forward and have more awareness of politics.

“Let’s eliminate the stigma that parliament is solely for older people and highly educated people.”

Brown is learning and appreciating her time on the political scene and acknowledges the other MPs, including her mother Rose Brown, who share their advice.