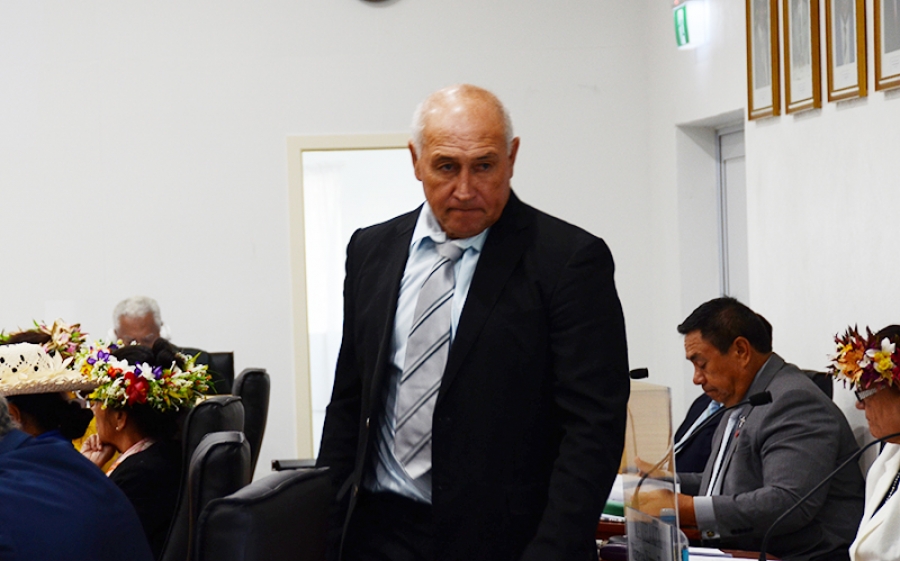 Public dismay at politicians’ push for cash travel entitlements for their partners – at a time others are tightening their belts.

Opposition’s push to seek spousal allowances during yesterday’s Parliament sitting has been met with criticism from public.

Terepai Maoate Jr, the Democratic Party MP from Aitutaki, used one of their Parliamentary questions to seek payment of a spousal allowance, which he said was already appropriated in the last Budget.

A concerned member of the public, watching the session live on Parliament’s Facebook page, asked if the question was of national concern.

“I completely agree that the spousal allowances of MP’s is not a pressing issue and we have far more urgent matters to be dealing with at this time,” she sid.

“It is certainly not of national importance and does nothing to assist our country trying to identify ways to overcome the economic woes we are experiencing.”

However, Browne said the issue was the correct interpretation of the Remuneration Tribunal’s Salaries and Allowances Order.

The spousal entitlement must be the same for MPs residing in the Pa Enua and those Pa Enua MP’s who lived on Rarotonga, she added. “There should be parity.”

Browne said outer islands MPs residing on Rarotonga were entitled to four constituency visits per year. They could take their spouses and claim associated allowances three times a year, she said.

The same should be allowed for outer island MPs who lived on their constituency and visited Rarotonga for Parliamentary business.

Deputy Prime Minister Mark Brown said the Civil List, which contained salaries and allowances of the MPs, was administered by Parliament.

“It’s not the MPs or Minister to go there and make use of the Civil List as they see fit,” he said. “Parliament administers the payment on advice of Crown Law. In this House we are all the same when it comes to access to the Civil List.”

Brown also said there were provisions for spouses to accompany MPs under the Civil List but “there are certain conditions on some of these travel that preclude the spouse. If that is the case it is well within the rights of the Parliament to recommend that these rights be reviewed.”

That would require the Remuneration Tribunal to look at these specific entitlements and recommenda any changes to the Civil List to allow this to take place. “If that is the wish I’m sure government will be very receptive to going through that process to allowing this to happen.”