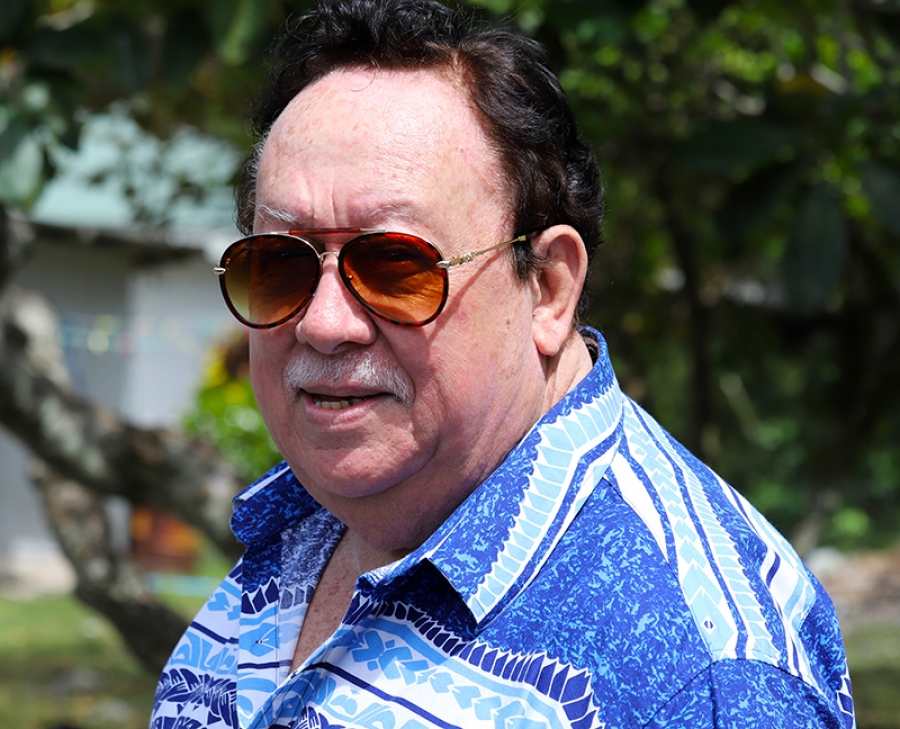 Former MP Norman George is spokesman for the new Association of Retired MPs. 18101944

The new Association of Retired MPs (RMP) is unhappy at the way in which former MPs and a former Queen’s Representative were treated at the opening of parliament at the National Auditorium last month.

The high profile event was a glittering occasion involving plenty of pomp and ceremony. But association representative Norman George says some former MPs were highly critical of the manner in which they were treated.

“The seating arrangements did not give recognition to former MPs and afterwards at the morning tea, they were separated from the current serving MPs, when it would have been better to mingle and share experiences.”

Of critical importance to the association, whose members include former prime ministers Dr Joe Williams and Dr Robert Woonton, was the way the present and future governments would handle the presence of former MPs at state functions, George said.

One of the aims of the new association is that all former MPs should “proudly be given the permanent respect they all deserve”.

“It is hoped that things will improve when the association is formalised,” George said.

“The guidelines to follow are that all serving MPs in a democracy (should) end up (with the status of) ex-MPs or retired MPs.”

The RMP held its second meeting at the Parliament building dining room on Monday this week.

The meeting follows a visit in July from Williams and Woonton, when George says the “long-delayed” idea of forming an association came into being.

The former deputy prime minister and long-serving Atiu MP said in a media release that before the meeting began, RMP members placed a draft constitution at Parliament House.

“Some in-depth discussions were held, with useful changes made to the draft.”

One of the most important aims of the new association was to create a “permanent truce”, with party politics banned, George said.

“There will be no prior ranks (or) distinctions. All members will have equal standing and rank. Membership will be voluntary.

“It was agreed at the discussions that an MP’s life is a combination of excitement and trauma. One minute you are on top of the world and the next, you can be lost in the jungle.

“Some members take it very badly when they lose their seat. Others take it like a duck takes to water. Some members are so traumatised that they eventually suffer ill health, leading to an early death.”

George says the RMP intends to look at ways of helping to alleviate some of these problems.

One critical aim of the association’s constitution is a clause known as “the Fifth Estate”, he says.

“This provision calls for the association to reach out to the House of Ariki, the Koutu Nui, and the Religious Advisory Council and make a long term commitment to protect the lasting interests of the indigenous Maori people of the Cook Islands, the “Tangata Tumu Enua”.

“These include preservation of the Maori culture (and) Christian beliefs and making sure that the dominant control of the economic, political and social system remain in the hands of the indigenous Cook Islands Maori.”