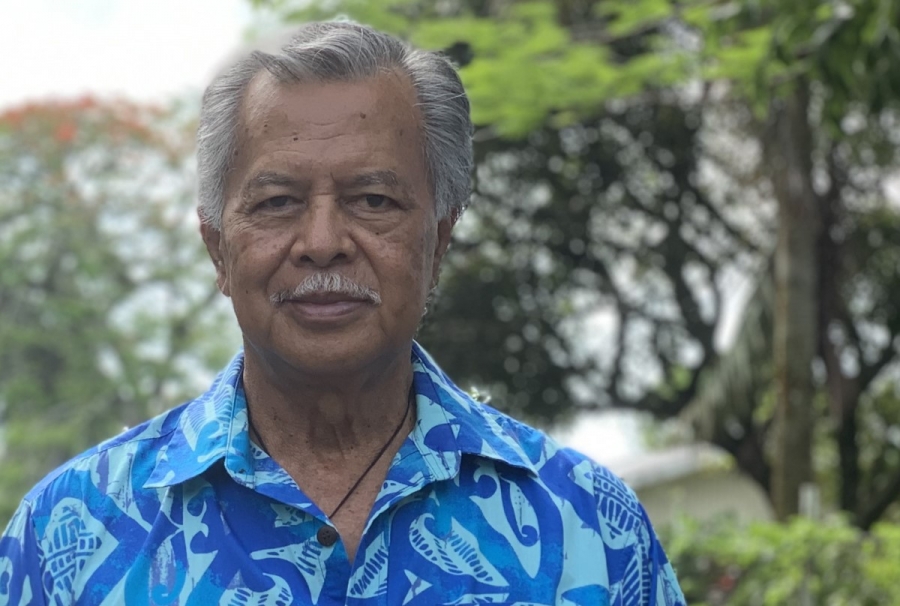 Cook Islands Prime Minister Henry Puna: “We look forward to once again welcoming family and visitors from New Zealand without the restriction of quarantine on both ends.”

At Muri Beach Club Hotel, they’re getting rid of the breakfast buffet and replacing it with a la carte. “There will be no sharing of a toaster or utensils,” says general manager Liana Scott.

On the other side of Rarotonga, Tata Crocombe says they are implementing four levels of cleaning at his three resorts, contactless technology, and putting in place perspex dividers between staff and holidaymakers, in preparation for reopening.

These are just a few examples on an unfathomably long list of measures being taken by the tourism industry and government, as they seek to show the country can protect itself and its visitors from an outbreak of Covid-19.

Yesterday, New Zealand Prime Minister Jacinda Ardern announced she would be sending a team of officials to Rarotonga to finalise plans for quarantine-free travel between the two countries.

It is expected they will be scrutinising the capacity of the health infrastructure, the community’s ability to practice social distancing, and how effective the CookSafe contract-tracing tool is.

That goes both ways: Cook Islands health and border officials will also run quality assurance checks and stress-test the systems to ensure New Zealand can meet its end of the bargain.

“We are moving forward together in a way that balances these needs with the importance of maintaining strong public health efforts in both our countries, and cooperation with travel sectors to implement safe travel protocols,” he said.

Phase two will be for Cook Islands Secretary of Health Dr Aumea Herman and her New Zealand counterpart Dr Ashley Bloomfield to sign it off.

“We look forward to once again welcoming family and visitors from New Zealand without the restriction of quarantine on both ends,” Puna said.

Ardern said her Cabinet was aware the air-bridge would mean domestic tourism dollars being spent in Cook Islands instead of New Zealand.

“But if all of the public health measures are in place, protecting New Zealand's tourism industry is not a reason to stop people with New Zealand passports being able to travel within the Cook Islands and New Zealand.”

It was unlikely people would need to return a negative Covid-test before travelling, though officals were looking at health checks and declarations at the border as part of that additional assurance.

Despite tourism industry hopes that Ardern would announce a date (there is chatter about early October), she refused to commit any further than saying it would be before the end of the year – causing dismay among business operators.

Liana Scott, who is also acting president of the Cook Islands Tourism Industry Council, said this country was doing everything right: “The recent implementation of the contact tracing only adds to our readiness,” she said.

“In terms of our social distancing practices, this has been embedded earlier on and s is ready to be strengthened at a moment’s notice. And I know all properties have their internal practices really to roll out as soon as guests arrive.

“It’s very disheartening to hear yet another delay and the industry will be very disappointed with this latest announcement.”

“Every further week’s delay is putting a huge financial burden upon everyone, not the least of which is the public revenues, and government’s ability to continue its excellent response packages.

“Without them continuing, businesses will be facing incredibly difficult decisions, and for those not closing their doors painful staff decisions as to which to retain and which to let go.”

Tata Crocombe, the owner of The Rarotongan resort group, agreed. “If the government can’t afford to continue the wage subsidy in September, there will be thousands of redundancies. This is a pretty dark place,” he said.

“Cook Islands is being pushed towards the abyss.”

Fletcher Melvin, president of the Chamber of Commerce, said Cook Islands had demonstrated its preparedness across public and private sectors.

“There still needs to be a larger project team that involves everyone, much like the National Health Emergency Taskforce, to work together on ensuring all sectors are ready. I have faith in our side as there are a lot of capable people in the Cook Islands.”