Vaka challenge a great day out 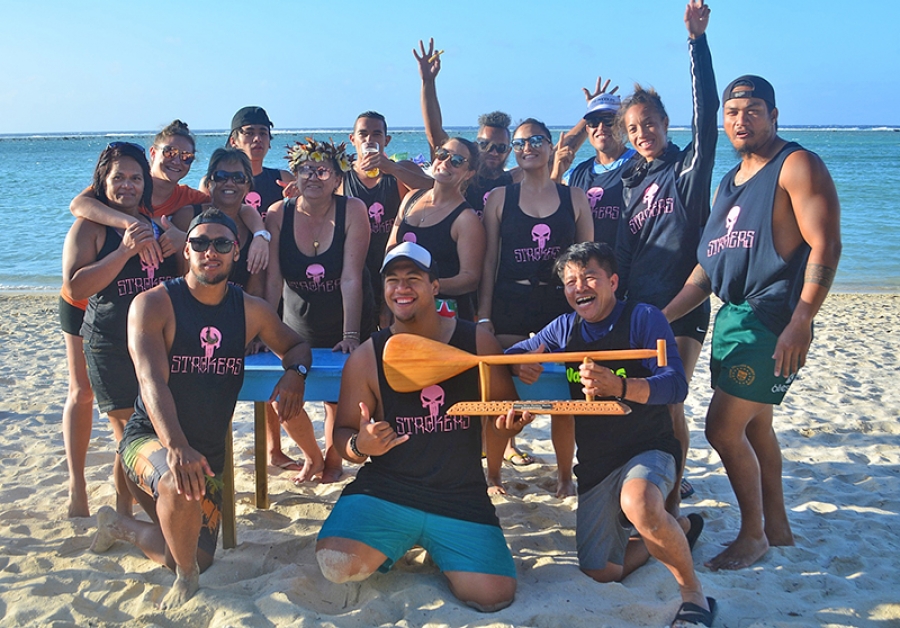 It had all the ingredients of a perfect day at the beach - friends, family and work colleagues enjoying an afternoon of fun in the sun, picnics, team bonding, and paddling.

However, although it was a fun day, there was also a serious element of competition from a number of the teams.

Determination to win the Corporate Race Day Trophy was on display with teams racing hard for the finish line.

Team Vaiana’s once again took line honours in the grand finals, claiming the corporate race trophy in the fastest time of the day, 48.53.

Cook Islands Tourism, who looked to be in the running with some strong performances during the day came in second, with Topshape, who also had some impressive finishes during the day in third and Polynesian Car &amp; Bike Hire, always a feature in the corporate finals, coming fourth overall.

CI Tourism took out the Retail &amp; Hospitality sector with CITC Avarua and Turama second and third, and in the government and service providers’ final, CIIC powered into first place closely followed by Topshape, and Polynesian Car &amp; Bike.

The award for best-dressed team went to the pirates of CI Maritime’s Hulls Angels, whose moustaches and beards made for an impressive display.

The day wouldn’t have been a success without the team of dedicated volunteers from the CICA Canoe Clubs: Live Free, Te Tupu O Te Manava and Ngakau Toa Vaka, and the superb skills of MC Stephen Doherty.

CICA extends a big meitkai ma’ata to all the teams who took part in a great day, and special thanks to our generous Corporate Race Day Sponsors: 21.3 Vaiana’s, CITC, Bluesky, Powerade, Heineken, Kotex, Aloe Up Sun Care, Maritime Cook Islands and Island Car and Bike Hire, and Hori Signs.