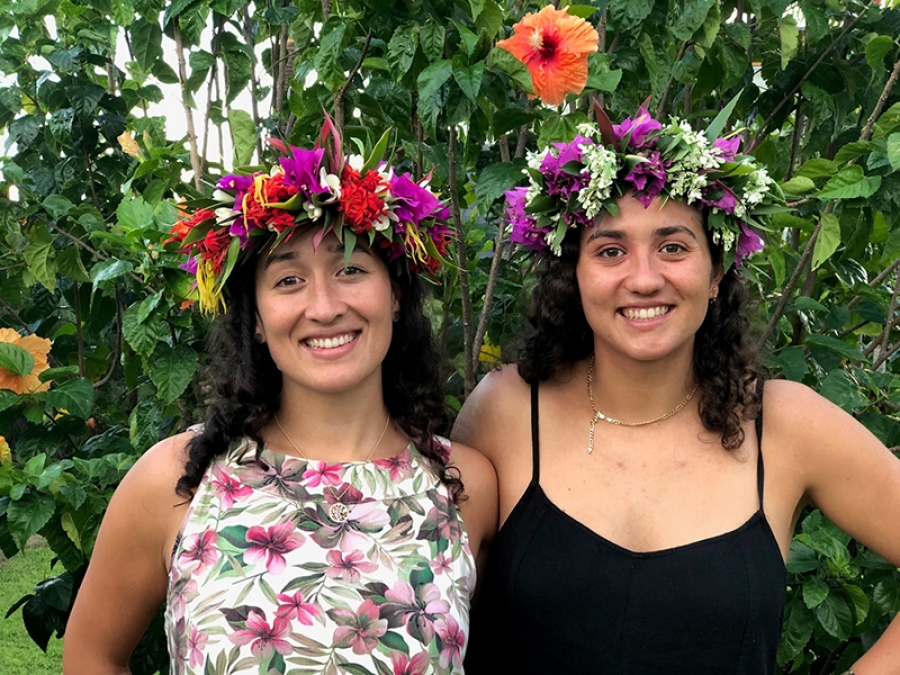 Double Cook Islands Olympian Ella Nicholas, and younger sister Jane line up at the first round of the International Canoe Federation (ICF) World Cup series for Canoe Slalom in London this weekend.

The 28-year-old Ella, who paddled her first Olympics on the London course is excited about taking on London's Lee Valley course again.

“The London course has got to be one of my favourite courses in the world - it's challenging as it's such big water and it’s especially exciting being back here now that Jane is here too.”

Sister Jane Nicholas, got the green light from the International Olympic Committee earlier this year to change nationalities and follow in her sibling’s footsteps to represent the Cook Islands.

Ella was the team flag bearer in Rio in 2016 and brother Bryden represented in the K1 mens competition, and both of them are supportive of younger sister Jane who started paddling with them when she was 11.

The sisters, who are both doctors, have resigned from their jobs in Tauranga to train and compete in Europe, with Olympic qualification as the end goal. The first of two opportunities to qualify for an Olympic spot for the Cooks is in September this year at the World Champs in Spain.

"It has been challenging for us combining working and training so we are very happy to be able to just focus on training and competing, putting our careers on hold until after the Olympics, if the Cooks qualifies a quota.”

Both sisters will contest the first three World Cups over the next three weeks: London, Bratislava (Slovakia) and Tacen (Slovenia).

The Nicholas sisters won’t be too worried about the outcome of this first race, as they have their sites set firmly on one of them qualifying for Tokyo.