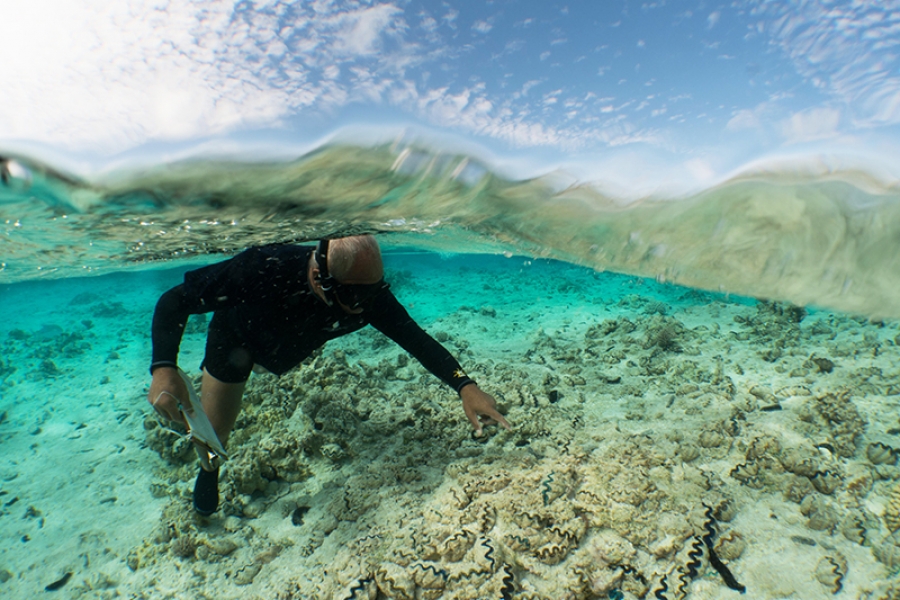 The Ministry of Marine Resources has confirmed that it advised against the harvest of pa’ua (giant clams) from the uninhabited island of Manuae by the Aitutaki Island Government (AIG) for the upcoming Te Maeva Nui Constitution celebrations.

“We have provided advice to the AIG and recommended that no harvest of pa’ua take place in Manuae based on the best available science, including recent marine surveys conducted on both islands and analyses of their pa’ua populations,” said MMR Acting Secretary George Matutu.

Radio New Zealand reported yesterday that “about 8000 giant clams will be harvested and taken to Rarotonga to sell during the annual Constitution Celebrations”.

“Money raised is expected to help cover costs for the Aitutaki team performing at the celebrations,” the report said.

Matutu said he had not been contacted by Radio New Zealand for comment before it released its report, which appears to have been based on leaked information from a letter written by Matutu to the AIG.

Matutu wrote to the AIG on June 27 regarding a pa’ua harvest. “Given the current and historical states of pa’ua populations in Aitutaki and Manuae, and the sensitive life histories of these animals, the Ministry of Marine Resources is extremely concerned with the status of the pa’ua populations and recommends a stop to pa’ua harvest in both Aitutaki and Manuae until healthy populations in Aitutaki are rebuilt and functional management occurs,” Matutu advised in the letter.

He says no official response from the AIG to the letter had been received as of yesterday.

Matutu had advised the AIG that a management plan to help restore a number of key marine resources, including pa’ua, in Aitutaki and Manuae is currently being developed and MMR would like to meet with the councillors to discuss these strategies as soon as possible.

“We have been on standby to send a team to Aitutaki to meet with the AIG,” Matutu said.

In its recommendation, MMR said historical and recent scientific data and anecdotal observations from Aitutakians indicated overharvesting and mismanagement of the Aitutaki pa’ua populations.

The ministry said this was evidence of a failure of effective management.

“Aitutaki pa’ua populations have not been conserved and a functional extinction in Aitutaki may have already occurred. Shifting harvest efforts to Manuae will be detrimental to the survival of this population.

“Manuae’s current pa’ua population is something Aitutakians should take pride in and fight to preserve. If harvest continues without strict, functional management, pa’ua populations in Manuae will crash and never return.

“Until pa’ua can recover and be sustainably managed on the reefs of Aitutaki, MMR recommends no harvest of pa’ua on Aitutaki and Manuae.

“According to the latest MMR surveys, Manuae is the last remaining haven for pa’ua in the southern Cook Islands.”

Pa’ua populations in Aitutaki and Manuae have continued to decline despite the introduction of the 1990 Aitutaki Fisheries Protection By-Laws, ra’ui, and the pa’ua hatchery and replenishment project at MMR’s Aitutaki Marine Research Centre.