Time’s finally up for Nino Maravilla 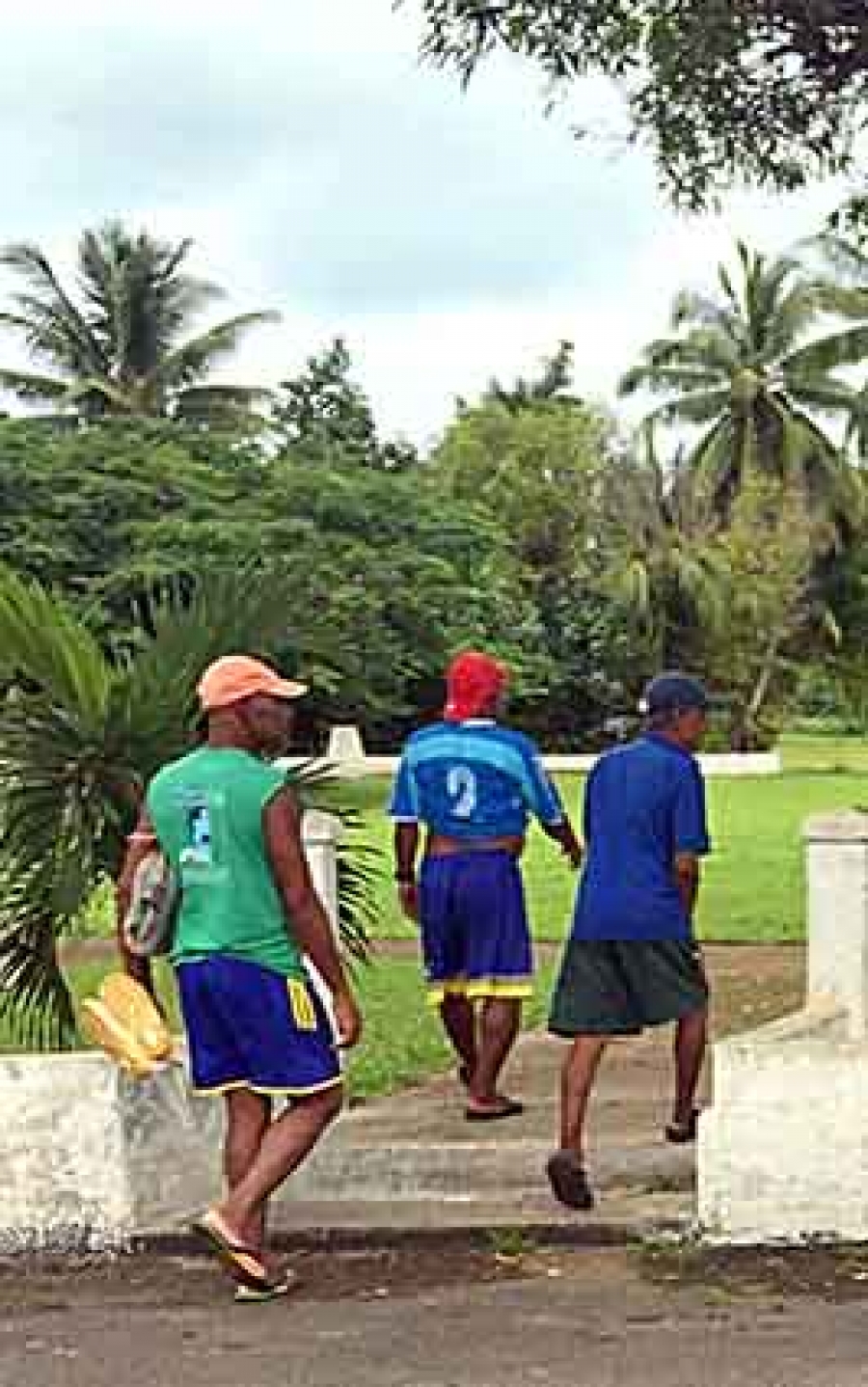 An Aitutaki local took this photo of three members of the Nino Maravilla's South American crew “heading to the park to chill out”. The eight-man crew has been detained on Aitutaki for more than 70 days now and are fi nally set to depart this Friday. 18050821

After more than 70 days on Aitutaki, Ecuadorian vessel the Nino Maravilla and her South American crew will now be leaving the Cook Islands.

The Cook Islands government is also seeking payment from the ship’s owner to cover costs incurred for the crew’s accommodation, food and medical care over that period, as well as the vessel’s berthing fees and other associated repatriation costs for the crew.

Aside from the two members of the eight-man crew already convicted of failing to declare previous convictions, CINews asked the Cook Islands Police Service if it could confirm whether or not any evidence had been found to suggest the rest of the crew were guilty of breaking any Cook Islands laws.

“The crew are no longer subjects of any investigation by the police,” replied a spokesman, adding there would be no further police intervention in the case.

The vessel’s departure is currently set for tomorrow, according to a statement released by the Ministry of Finance and Economic Management.

A meeting “to finalise the departure of the Nino Maravilla and its crew from Aitutaki” was held last Thursday, the statement said.

Members of the Combined Law Agencies Group (CLAG), a collaborative inter-agency team including representatives from the Cook Islands Police, Customs and Immigration, Ministry of Marine Resources, Ministry of Transport and the Financial Intelligence Unit, met with prime minister Henry Puna and it had been agreed the vessel and the crew must depart from Aitutaki and the Cook Islands as soon as possible, the statement said.

“In order to effect this, Immigration have varied the entry permit of the crew to expire on Friday May 11, 2018.

“Customs and Crown Law are working with Little &amp; Matysik, lawyers for the owner of the vessel, to ensure that any supplies required for departure are provided prior to that date.”

Almost from the moment it first sailed into Arutanga Harbour in late February, the Nino Maravilla became the subject of widespread rumours that it had been caught transporting illegal drugs into Cook Islands waters.

The crew initially claimed that their “fishing vessel” had been drifting, but police soon noted that “certain information provided by them revealed irregularities”. Most of the crew were unable to produce valid passports.

An Aitutaki resident later told CINews that while the vessel appeared to be an old fishing boat on the outside, “inside it had an apparently brand-new engine and no fishing equipment at all”.

CLAG was formed to investigate the Nino Maravilla, in collaboration with the Australian Federal Police and the New Zealand Customs Service.

No drugs were ever found onboard, but surveillance undertaken during the course of the CLAG operation led to the successful prosecution of three individuals connected to the vessel – two crew members and Colombian national Luis Felipe Garcia Atehortua, who entered Rarotonga around the same time the Nino Maravilla was detained in Aitutaki and was subsequently fined $1000 for failing to declare previous convictions for serious drug trafficking offences.

During the CLAG investigation, the Nino Maravilla’s South American crew were accommodated on Aitutaki, during which time they would “hang outside the cop shop all day and get placed in the cop shop at night”, according to one Aitutaki resident.

A CLAG spokesperson thanked the Aitutaki Island Council and people of Aitutaki for their patience and assistance during Operation Maravilla.

“The success of this operation sends a very strong message that the Cook Islands is serious about protecting its borders and will engage with its international partners to ensure the safety of not just the Cook Islands, but the Pacific region as a whole.”