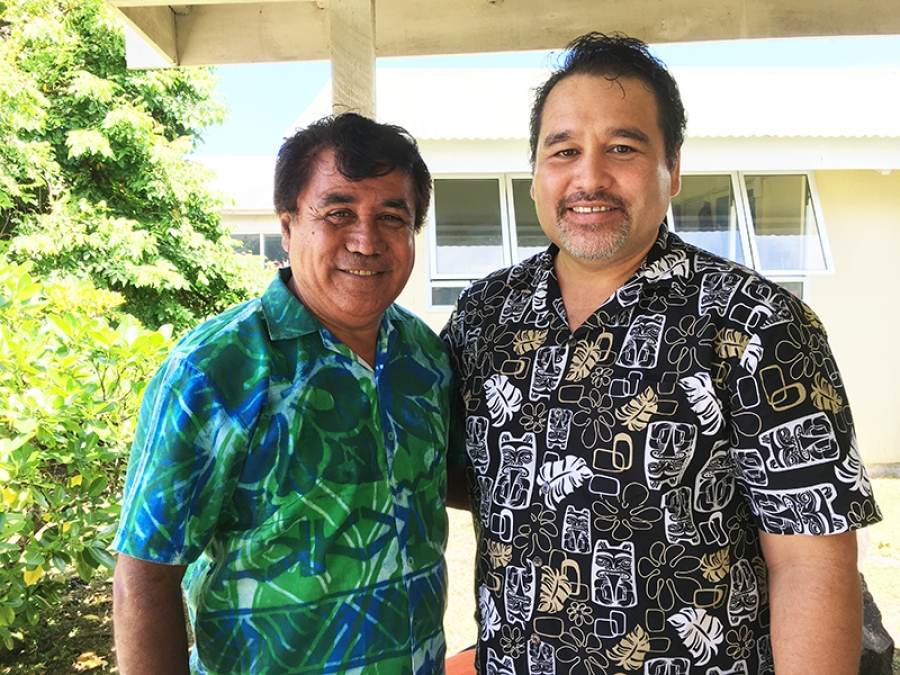 It’s all about the coconuts. The Ministry of Agriculture is meeting this week with mayors and executive officers from all of the southern group islands to discuss implementation of their ‘Pa Enua Agriculture for Resilient Livelihoods’ (PEARL) programme.

Having set the foundations of the programme last year by asking the pa enua what agricultural areas they require assistance with, the ministry found that one specific crop in particular kept coming up.

“Coconuts, coconuts, coconuts. Every island we met, they all clearly stated to us that one of their priority crops is coconut,” said Ministry of Agriculture policy director Patrick Arioka.

“And that’s because coconuts contribute not only to drinking nuts, they also contribute to coconut oil, coconut medicines, coconut fibre in terms of arts and crafts, and so on – the list goes on and on.”

Arioka acknowledged that coconut supply and production is not where it needs to be, but said many of the islands had viable plans for increasing the coconut crop.

“There are a lot of lands that are being left idle, and they want to do some thinning of the forest and inter-crop them with coconuts as an economic crop, so that there are enough coconuts on the island,” he explained.

Coconuts aren’t the only item on the ministry’s outer islands agenda of course.

Working together with the respective island councils, they are also looking at things like nursery support, crop banks and livestock improvement – not to mention developing a new generation of young farmers.

“A lot of people need training – new knowledge, new skills,” said Arioka. “It’s about taking agriculture back into the schools, getting women into agriculture, improving the breeds of livestock – it’s a wide range of programmes.”

Perhaps the key goal of the entire agriculture programme is what Arioka calls “import substitution” – essentially working towards a time when the Cook Islands can basically feed themselves.

“Our import bill in terms of agricultural products and produce is 40 million,” he said. “That’s very important – it’s saying that we have a huge domestic market and we still can’t feed ourselves. We can’t even feed our tourists – we’re bringing more food from outside to feed these 180,000 tourists per year. Now where is our share in that?

“If we were to take just five per cent of that 40 million dollars, it’s a huge amount of money saved for the country. Because every dollar that we spend in the shops today, 48 cents goes out of the country. We’re supposed to be keeping that 48 cents for ourselves.

“That’s how important import substitution is – making sure that farmers and growers here in the country are able to supply and meet demand opportunities.”

While this week’s meeting only involved representatives from the southern islands, Arioka said that they will be focussing on the northern islands next year.