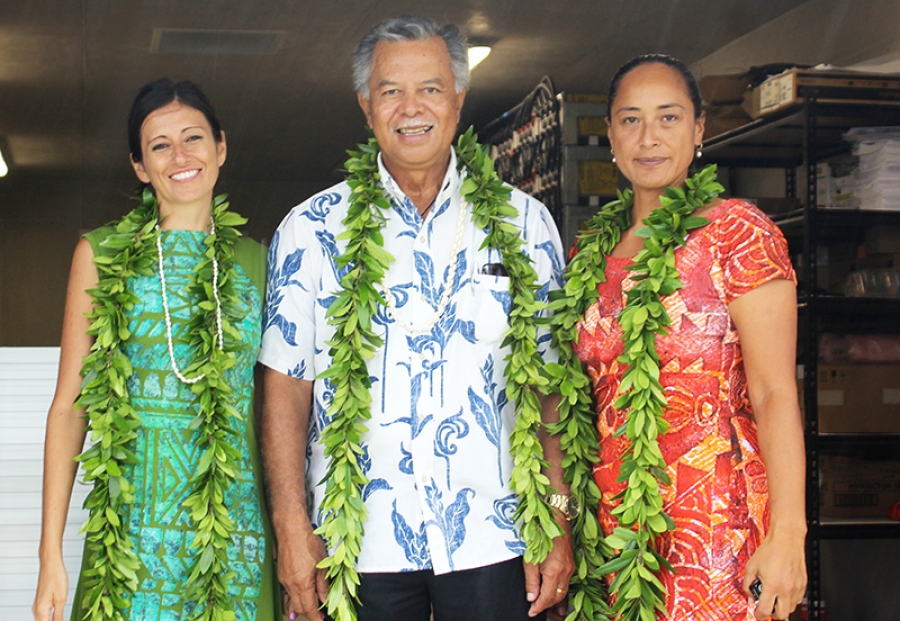 Prime minister Henry Puna officially opened the first of four solar power stations in the southern group islands under the Cook Islands Renewable Energy Project on the island of Mitiaro on Thursday.

“As a vocal and long-standing advocate on climate change, it brings me such pride to see your island making the transition to clean energy,” Puna told the Mitiaro island community.

“Small we may be, but this milestone achievement sends the strongest of signals to the world that we are committed to doing our bit to combat climate change and build sustainable development.”

Opposition leader William (“Smiley”) Heather acknowledged the significance of the event as a necessary step to support sustainable infrastructure in the outer islands and build the resilience of island communities.

The EU head of delegation for the Pacific, Ambassador Julian Wilson conveyed to the prime minister his warmest wishes and congratulations.

‘’This new, safe and reliable source of electricity is crucial for the sustainable development of Cook Islands and the economy and people of Mitiaro, while contributing to the global action against climate change.

“It will also assist the government’s efforts to reduce the country’s heavy reliance on imported fossil fuels for power generation. The EU remains fully committed to support the transition to a resilient and low carbon economy for the Pacific Island countries’’.

“ADB is partnering with governments, communities, the private sector and other development partners to help improve the availability and quality of clean and affordable sustainable electricity in the Cook Islands and the Pacific region,” said director general of the Asian Development Bank’s (ADB) Pacific Department, Carmela Locsin.

The installation of the new mini-grid power stations and solar photovoltaic arrays on the southern group islands of Atiu, Mauke, Mitiaro and Mangaia began last year following awarding of contracts to New Zealand based company, Infratec/Netcon.

The expected commissioning dates for the remaining islands of Mauke and Atiu will take place in the coming weeks. Mangaia, the largest of the four, will be the last to be commissioned and is expected to be completed in July 2018.