Skipper helps out with radio delivery 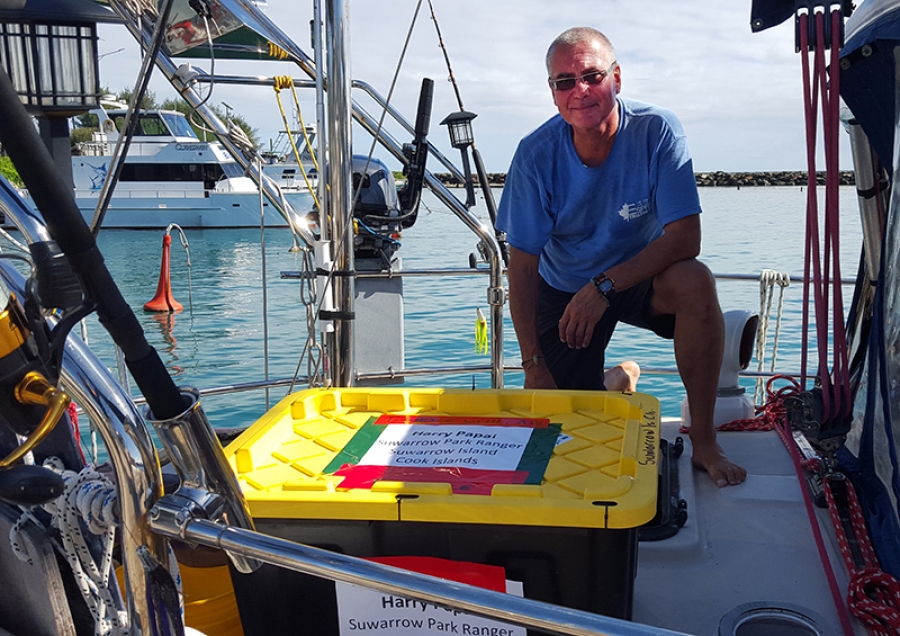 SV Complicite skipper Peter Tye with the new HF radio, all packaged up and ready to be taken to Suwarrow. 18082001

A helpful boat skipper and his crew have lent a much-needed hand to the National Environment Service (NES) by assisting with the delivery of a new HF radio to the NES park rangers stationed in Suwarrow.

The radio was first purchased about two months previously, but the shipment only arrived with NES a fortnight ago. Luckily, skipper Peter Tye of the SV Complicite was in Rarotonga and was planning on heading to Suwarrow, so he volunteered to take the radio with him.

Tye and his crew of three departed Avatiu Harbour last Wednesday, sailing to Palmerston for a two-day stopover before continuing on to Suwarrow.

The crew has also offered to assist NES rangers Harry Papai and John Samuela with the installation of the new radio.

Since arriving on Suwarrow in mid-May of this year, Papai and Samuela have been using a satellite phone to communicate with Rarotonga.

Thanks to the new HF radio, the two rangers will be able to communicate with each other and other vessels while on the surrounding motu of Suwarrow, due to the radio having a stronger signal strength than the satellite phone.