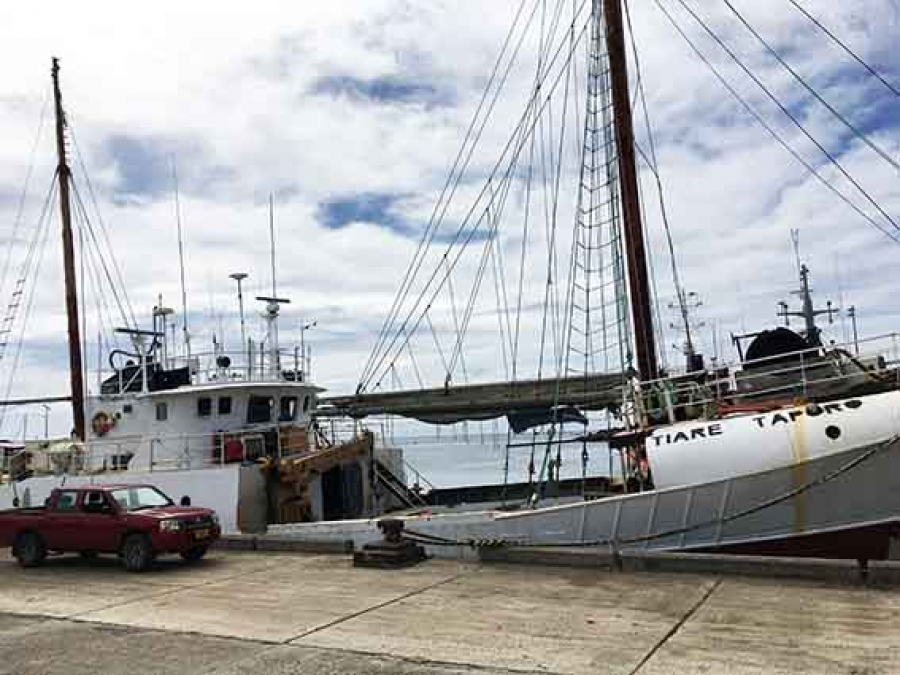 The Tiare Taporo at dock after returning from her 18-day voyage to Aitutaki, Penrhyn, Rakahanga, Manihiki and Palmerston. 18042732

The Tiare Taporo has returned from its first voyage in almost two years, successfully visiting Aitutaki, Penrhyn, Rakahanga, Manihiki and Palmerston on an 18-day trip of some 1800-odd nautical miles.

“That’s the equivalent of a transatlantic voyage, the same distance from Canada to Ireland,” said the schooner’s new captain, American Geoffrey Jones.

In addition to general cargo booked for the northern islands, the Pacific Schooners Ltd-owned vessel also had onboard two 10-metre vaka bound for Aitutaki and a group of shark researchers headed for Penrhyn.

While rough weather meant they were unable to offload the Aitutaki vaka at first, Jones made a decision to keep the vaka onboard for the whole trip, stopping in again at Aitutaki to drop them off on the way back. The crew also picked up some empty oxygen cylinders from Aitutaki Hospital requiring shipment to New Zealand for refilling.

Jones said there had been no major issues during the course of his new command’s voyage, unless you count a bunch of seasick passengers caused by choppy weather the first day out.

“Then the weather improved and everybody got over their seasickness,” said Jones. “But nothing else to speak of.

“We just took her out of mothballs, as you know, so we’re still doing stuff to her. When we left we didn’t really have any of the sails operational, but by the time we got back we had set all the sails, so we got all that operational while we were on the trip.”

The Tiare Taporo’s next voyage is currently planned to depart soon, with Jones saying that the islands of Pukapuka and Nassau will be added to their itinerary this time out.

He also added that they were seeking a cook for the next voyage, as PSL director Garth Broadhead had filled the job last time.