Richness of harvests from land and sea 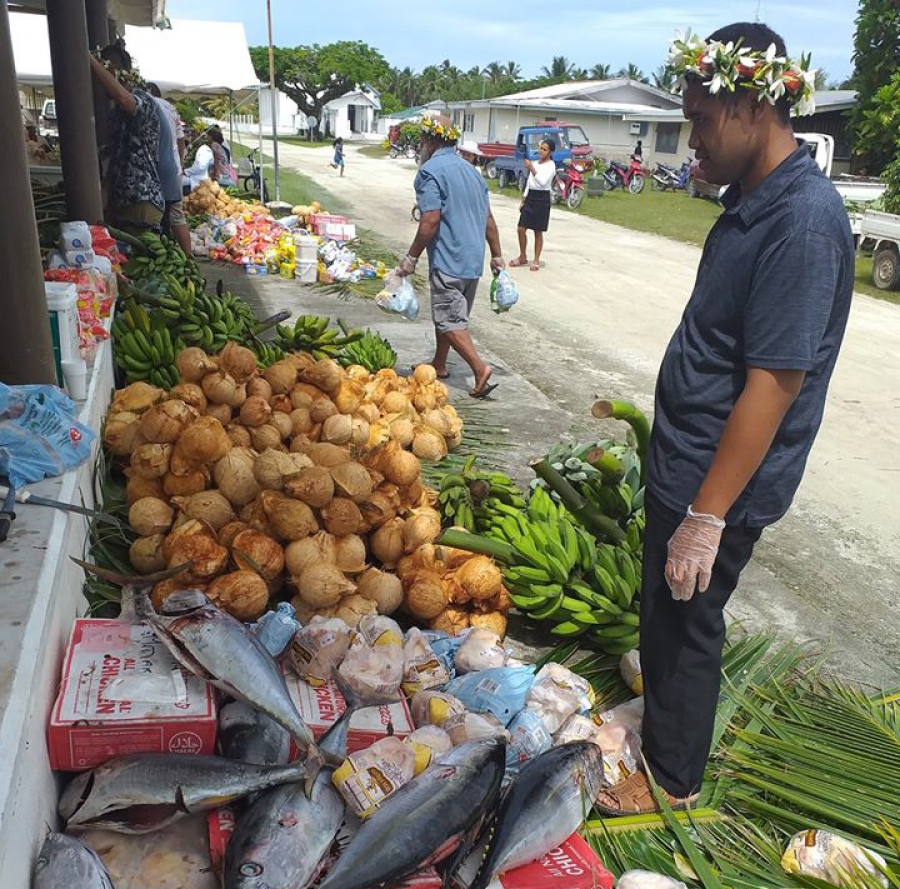 Fish, nu and food ready to be allocated on the first Sunday of April in Mitiaro. Photo: Charlie Rani. 20042215.

There was an abundance of food on the island of Mitiaro at their annual food festival.

The tradition is referred to in Maori as the ‘Aka’oki’anga kakā’ by the Pa Metua, and is a tradition that is proudly practised today.

Held on the first Sunday of April each year, the event is also timely, in that it falls at the end of the cyclone season.

The people believe that hard work boosts and improves the richness of harvests from the land that has survived the cyclone season.

“It is like a 'thank you to the Heavenly Father' that for many years during each respective cyclone season we have come through untouched,” said the island’s executive officer Charlie Rani.

“Our food festival is a gesture to His Almighty, to thank him for the continued blessings.”

Traditionally live chickens with legs tied together and pigs, along with bunches of bananas and fresh fish from the ocean, were the produce in the individual household woven kikau baskets.

“In those days the live animals and root crops along with umu baked roroi (local pudding) and nu were presented on the day,” said Rani.

“However as the years have passed, we have moved to a cash economy, and the mindsets of people have followed suit.

“At present, frozen cartons of chicken have replaced livestock and groceries from the store fill the baskets; but crops and fish still remain; after all, groceries also signify in a similar sense, the work from the hands of those employed.”

Rani explains that although a basket may have a cash value of between $600 to $1000, the focus is still on ‘maintaining living off the land and sea.

People contribute what they can, and every basket is re-shuffled then equally distributed after the Sunday church service.

The Aka’oki’anga kakā was founded by the three Ui Ariki of the island.