On a mission on board the Grinna 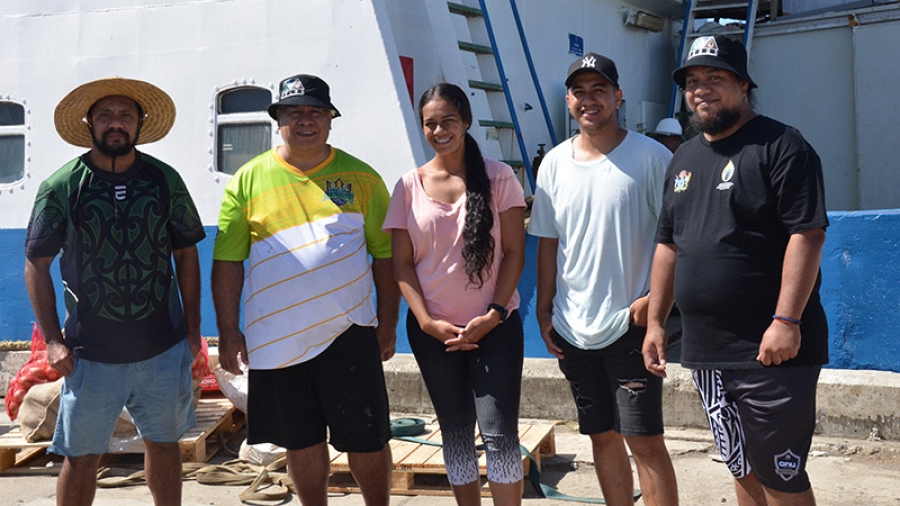 The MV Grinna departed for the islands of Palmerston, Nassau and Suwarrow yesterday on a Pa Enua Action for Resilient Livelihoods (PEARL) Project mission from October 10 until October 23.

Timoti Tangiruaine, coordinator of Component One under Emergency Management said they will conduct Disaster Risk Management surveys to update a previous survey that was carried out in November 2016 on the islands.

“Unlike the first survey of 2016, this survey will be conducted by using android tablets on which field survey apps have been deployed using the ArcGIS platform. This will be the fourth deployment of the survey app,” said Tangiruaine.

The Agriculture team of Puna Kamoe, Edwin Apera, Kenneth Tangitamaiti and Patu Katu will carry out work under Component Three on Nassau and Palmerston installing hydroponics systems for the schools’ gardens and also updating their agriculture intelligence database.

The equipment landed on Rarotonga two months ago and will enhance climate data observation.

“This will complete all the inhabited islands of the country with an automatic weather station set up, that we can view via satellite on the hour in real time. Coming up to cyclone season, this is the right time,” Ngari said.

“The community can appreciate that this is a tool that can assist us in understanding weather and also advise us to make informed decisions.”

Otheniel Tangianau of Infrastructure will carry out consultations and scoping activities in relation to water security, safety and building resilience within the island communities.

The project is implemented through the Development Coordination Division of the Ministry of Finance.

Development Coordination Division director, Mani Mate said: “This mission is very important towards achieving the targets of the project as access to these particular island communities have been challenging.”

“We are particularly appreciative of the efforts of Arona Ngari and his team from the Mets Office in supporting the installation of the AWS on these islands,” Mate said.

“We are very happy for this opportunity for the three components to be able to work together on their respective activities while supporting each other.”

Caretaker of Suwarrow Harry Papai is also on the voyage and has been looking forward to returning to the island since March, when he was due to return after the cyclone season.

“Because of Covid, our borders are closed, so there was no need for me to go back,” Papai said.

“It will be good to be back there, it is so isolated, amazing and relaxed.”