Off on an adventure to lonely Suwarrow 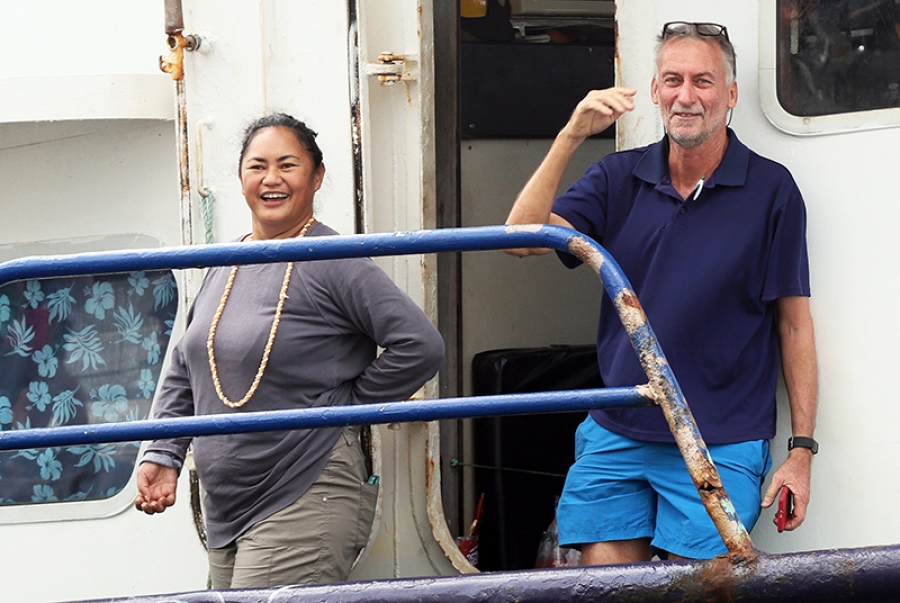 Te Ipukarea technical director Kelvin Passfield was looking forward to four or five weeks without broadband or mobile phone coverage when staff from TIS left aboard the Lady Moana for remote Suwarrow island on Saturday afternoon.

The group, which also included representatives from the National Environment Service and BirdLife, will spend around a month on the island conducting a rat eradication campaign on nearby motu, using a new strategy to stop voracious coconut crabs from eating rat bait.

While the crabs aren’t harmed by the bait, it has been found in the past that they quickly devour it – and don’t leave much for the rats.

The Taio Shipping Services vessel was also scheduled to make stopovers on Palmerston, Pukapuka and Nassau where the team will conduct surveys of the seabird populations and visit the islands’ schools.

When the Lady Moana pulled out from Avatiu wharf on Saturday, a large crowd was gathered to farewell the team and other passengers aboard the boat. The vessel was heavily laden with a huge assortment of items including a motorbike, a dinghy, a couple of inflatable boats and even a vehicle.

There was also a large amount of food and other supplies as Suwarrow is inhabited apart from two rangers who spend six months of the year there.

Suwarrow is among the top one per cent of sites globally that have been set aside for the conservation of birds and is a designated internationally an Important Bird Area.