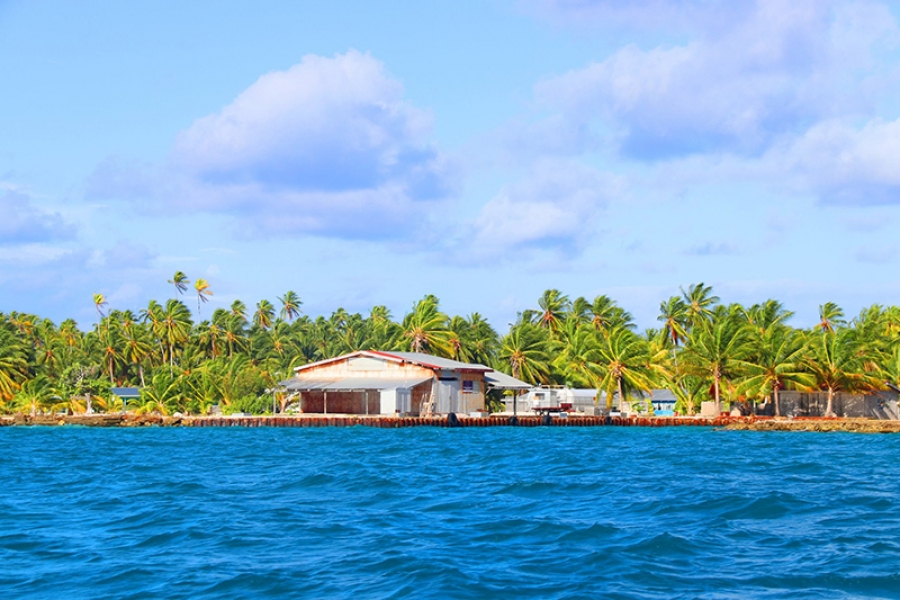 Infrastructure Cook Islands is calling for tenders for the construction of two cyclone centres in Tongareva/Penrhyn Island. 19071504/19071505.

Calling the beautiful atoll island of Tongareva/Penrhyn home comes with its challenges, but the construction of two new cyclone centres should help protect from the mounting climate crisis.

Until 2013, the people of Tongareva had little idea about what the scientific term “climate change” meant for them and the future of their island home.

With a population of 226 people, and houses barely higher than the tide, the tiny atoll’s highest point is just five metres above sea level.

Last year, representatives of Climate Change Cook Islands visited the most remote and largest northern group atoll island and spoke with the island’s community leaders about the direct impact of past cyclones and king tides resulting in coastal erosion and destruction of essential services and domestic housing.

“Tongareva is one island in the Cook Islands that is under immediate threat to rising sea levels impacting the livelihoods of the people,” the agency reported.

“However, the people have been practising their own adaptation measures in response to rising sea levels through traditional practices and knowledge passed down from generation to generation.”

In the interests of protecting the people from further impact associated with extreme weather events, Infrastructure Cook Islands is now seeking a contractor to construct two cyclone shelters on the island, one in Omoka Village and one in Te Tautua Village.

The real impact of the climate crisis on Penrhyn is not a fear for the future – it’s already real. In February 2010, Cyclone Pat swept through leaving a trial of destruction behind.

Strong winds uplifted dwellings and caused significant damage to some buildings and high seas flooded coastal low lying areas up to 10 metres inland. The lagoon side of Omoka was badly damaged from high sea surge.

In 2013, a mini workshop was conducted and led by Senior Environment officer at the time Mii Matamaki.

She was supported by Mathew Rima and Olaf Rasmussen from the National Environment Services.

The purpose of the meeting was to bring awareness to the people of Penrhyn on Climate Change and its impact, as well as Disaster Risk Reduction and the roles of the National Environment Services.

Most importantly, they wanted to seek the views of Penrhyn community leaders about adapting to climate change. They were asked at the community meeting if two cyclone centres could be constructed in the two main villages.

Interested suppliers are requested to submit a tender to undertake the scope of works outlined within the Request for Tender and associated documents.

· Tenderers should ensure they are registered on the Cook Islands Government e-government procurement portal, and have downloaded or received all files for the Request for Tender, including all prospective notices. Tenders close at 12pm on Monday February 17 2020, and must be submitted as per the requirements of the Request for Tender.