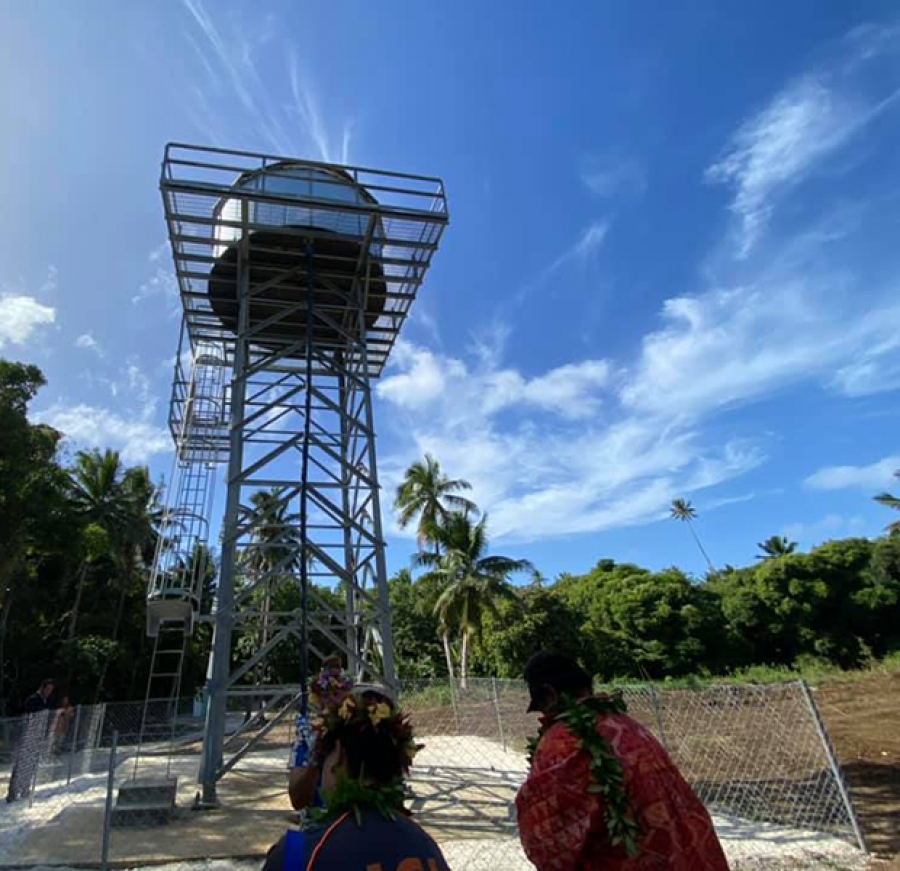 According to the Infrastructure ministry, the project saw construction of a 45,000 litre new water storage.

The island now has 134 new water connection on the network and two new solar powered pumps with pumping capacity of 2000 litre every 10 minutes with approximately two hours to fill up 22,500 litre tank.

Infrastructure Cook Islands says all water pipes have been replaced and additional pipe were also installed for the people of Nukuroa.

Mitiaro islanders had relied on groundwater pumped from Vai Utu cave for non-drinking use, while using rainwater for drinking.

Infrastructure Cook Islands says the Vai Utu water source has been supplying the island for 37 years. The new water source will give Vai Utu the much needed recovery.

The ministry acknowledged Raro Welding for the tanks, Paradise Trades and Services (PTS) for the pumps and the Mitiaro Island Government for their support towards this project.