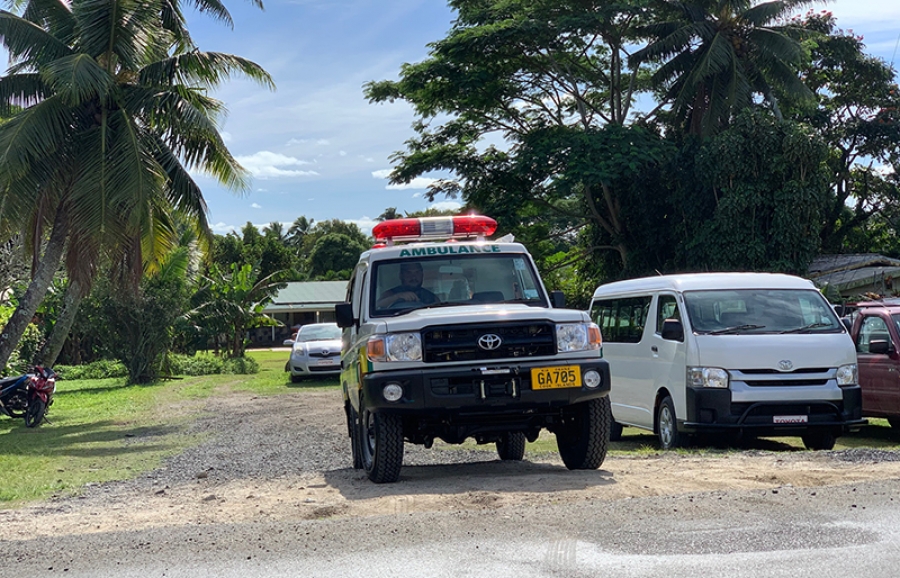 A newly-arrived Toyota ambulance drives off the lot yesterday. 20060804

Ma‘uke is set to receive its first ambulance, courtesy of the Japanese government.

Japan as part of its Grant Aid for Economic and Social Development to the Cook Islands has donated two new fully equipped ambulances which arrived late last month.

Initially the ambulances were supposed to go to Mangaia and Atiu.

But Dr Josephine Aumea Herman, secretary of Health ministry, requested the ambulance earmarked for Mangaia be redirected to Ma‘uke.

Mangaia already has an ambulance while there is none on Ma‘uke.

Health minister Rose Toki-Brown’s spokesperson confirmed Cabinet had discussed it, and agreed that the ambulance be redirected to Ma‘uke.

John Webb, Japan’s Honorary Consul-General to the Cook Islands, said the ambulances would provide much needed capacity to service emergencies and disasters in a timely and efficient manner.

An enhanced first response capability on Atiu and Mauke would be a vital boost to healthcare on these islands, especially during these unprecedented and challenging times.

“This will help local communities achieve better health outcomes and complement national efforts to strengthen health and medical care in the Pa Enua,” he said.

“Successful completion of this project will be another enduring symbol of the friendly and collaborative relationship between the Cook Islands and Japan.”

Japanese ambassador Hiroyasu Kobayashi said the donation was part of the grant aid to support the sustainable economic development in the country and to enhance regional connectivity through infrastructure development and transport.

Kobayashi said the ambulances would significantly improve the medical preparedness and capacity of the outer islands particularly in responding swiftly to the threats of Covid-19.